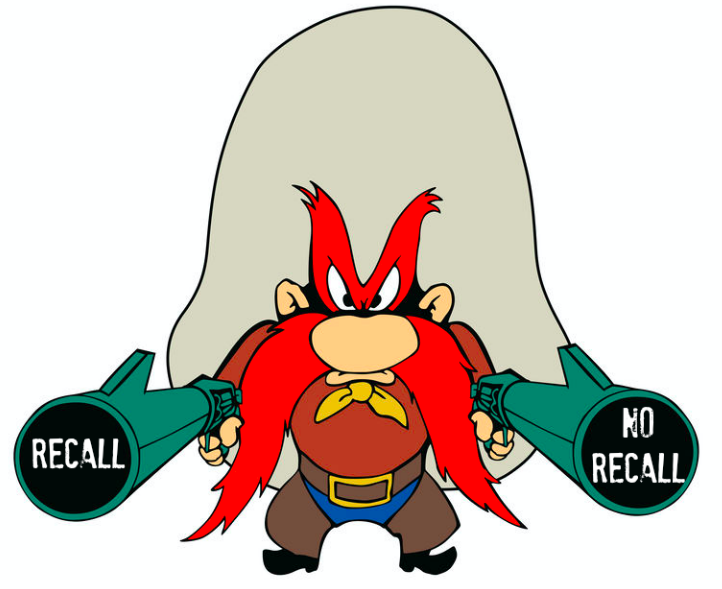 IT’S ‘ANYTHING GOES’ FOR FUNDRAISING, REPORTING

The recall attempt against Gov. Dunleavy has, with unknown money from unseen donors, built up a head of steam, with about 40,000 people having signed an application that will be submitted to the Division of Elections.

The group has an excess of 10,000 signatures so far, and more being gathered all the time as the Recall Dunleavy group mines data from the public to determine who is discontent over budget cuts.

In early September, the recall group will conduct a made-for-TV march from the CIRI headquarters on Fireweed Lane over to the Division of Elections on Gambell Street in Anchorage to file their boxes of signatures and apply for an actual petition to put the question on the ballot. There will be some political theater involved so it makes the TV news.

Until then, organizers say they’ll keep gathering signatures at the Alaska State Fair.

All those names will go into a massive database, and each name will be tagged with “opposes Dunleavy” for future use. The database the Recall Dunleavy people will use is most likely the NGP VAN, a voter database used by Democratic parties and its sub-units, Democratic campaigns, and other organizations authorized by the Democratic Party.

The names on the petition application are public record, and anyone can request a copy of them from the Division of Elections. If the Alaska Republican Party was smart, it would get a copy and enter the names into its database, called GOPDataCenter, and also tag all the names with “opposes Dunleavy.” That will help candidates in the future know a bit more about who they are talking to when they knock on the door. It’s almost like being able to peer over the shoulder of those petition signers to see how they voted last November, and that is useful information for both sides.

In September, the director of the Division of Elections will review the signatures and decide whether the application meets the legal criteria needed for a recall. That criteria includes: Did the petitioners wait until 120 days after the governor’s inauguration before gathering signatures? Are the signatures valid? Do the reasons for the recall meet the criteria?

The process could take as long as the Division, in consultation with the Attorney General, needs or wants. There is no timeframe set forth in statute for when the director must make that decision. It will likely be more than a few weeks. It could take a year.

Normally, this is when there would be a lull in activity. But not with this recall group. They are well funded and they’ll keep their messaging going so they don’t lose momentum, because this is not just about the recall, but about the 2020 election cycle.

If the application is approved, and after all court challenges are satisfied, the Division of Elections would issue actual petition booklets and the signature gathering starts all over again. Instead of the approximate 29,000 needed for the application, the next phase requires 71,000 signatures.

After the second set of signatures is verified, the question would be placed on a ballot and Alaska would have a special recall election. The Recall Dunleavy group has until about the middle of 2021 to gather and submit those signatures, and so this recall campaign will dominate the political landscape for the duration of Dunleavy’s first term.

Here’s where it gets tricky.

For now and well into the future, no campaign rules apply to the Recall Dunleavy campaign activities. They do not need to report to the Alaska Public Offices Commission about where their money comes from or how they are spending it. No disclosure labels are required on any t-shirt, hat, or sticker. They don’t need to reveal how much money they have, although the group reported it raised $25,000 from over 300 donors.

The same goes for those who support the governor. They do not need to report anything to APOC at this time for whatever social media or paraphernalia they purchase. They can raise money, spend money, and APOC can’t fine them a penny.

This is totally uncharted territory for Alaska.

There’s one hitch to all this money coming and going: If a recall election is actually certified and scheduled, any funds those pro- or anti-recall organizations have left over cannot be used to campaign without disclosure to APOC. And that means any money raised now might be subject to disclosure later on.

But from now until the certification for the ballot, money can flow from unknown sources in state and out of state, and the Recall Dunleavy group can continue pounding on the governor. The Democratic Governor’s Association could fund the Recall Dunleavy group with unlimited money, for example, and the public will not know. Money could come from deep-pocketed Tom Steyer or George Soros, for that matter.

AN ERA OF ENDLESS CAMPAIGNING

Because the money can flow freely, Alaska has entered into an era of ongoing political turmoil that will spill over into the 2020 presidential election cycle. From now until some unknown point in the future, the Recall Dunleavy campaign will be coordinating its message in an effort to weaken the governor and Republican legislators for the next legislative season and future campaigns. They could, and they will, tie him to any unpopular event or person. If Trump takes a spill in the polls, they’ll tie Dunleavy to Trump. If there’s a prison riot, they’ll say “I told you so.”

Their side work will be the 2020 election to flip the Alaska House to Democrat and try to flip Congressman Don Young out of office.

Gov. Michael Dunleavy isn’t the only governor facing a possible recall. The movement to recall governors is underway in nearly one quarter of the 19 states that allow recalls of elected officials; most of the states are in the West: Democrat governors in Colorado, Oregon, New Jersey, Nevada and California, and most recently, Alaska’s Republican governor.