It’s been nine days since briefs and responses requested by the Alaska Supreme Court were duly filed in the case that will decide whether the Recall Dunleavy Committee has sufficient grounds to have citizens go through a recall election. A decision will likely come this week.

The Supreme Court justices had asked both the Department of Law and Recall Dunleavy to further explain their positions on whether a governor’s veto is a violation of the “separation of powers.” In the Supreme Court’s hearing of the matter on March 25, it was clear that the justices questioned this particular grounds for recall, because the separation of powers is a principle, rather than a law. Since it is a key argument of the Recall Dunleavy Committee’s recall petition, the justices have asked each side to argue their positions in additional briefs.

The third ground for recall, which is in question is: “Governor Dunleavy violated separation-of-powers by improperly using the line- item veto to attack the judiciary and the rule of law.”

The justices asked both sides to address the the historical basis of state constitutional provisions, and particularly the Alaska Constitution, Article II, section 15, regarding a governor’s discretionary authority to veto items in appropriation bills, as well as a requirement that the governor provide a statement of his or her reasoning for vetoing items; the constitutional limits, if any, that exist on a governor’s exercise of the authority to veto appropriations; and the legal framework the justices should use for determining whether the third ground for recall is “legally sufficient” as required by case law.

In its response, the Recall Dunleavy Committee admitted there is little, if any, case law to support their claim.

The legal briefs and responses are now on file with the high court. Among them are these, which readers may explore and analyze:

RECALL COMMITTEE TRYING TO GET TRACTION

Meanwhile, the Recall Dunleavy Committee has not been able to make adequate progress on its signature gathering on the recall petition itself, and appears stuck at 30,200 signatures since March 23. The group needs 71,252 valid signatures to force an election do-over, which would put Lt. Gov. Kevin Meyer in charge of the state.

The Supreme Court had allowed the group to proceed with signature gathering even though the court had not heard the case or decided its merits, and it now appears that at least one of the items on the petition may be thrown out. That could open up the petition to a lawsuit, because the question on the ballot would be substantially different from what was on the petition that people signed.

The Recall Committee plowed forward this week with a letter from three doctors who stated that cuts to the Health and Social Services budget of the state had left the state unprepared for the COVID-19 pandemic and that the cuts led to a rise in cases.

The letter, signed by an abortion doctor, a Native medical center doctor, and an internist, allege that Gov. Dunleavy is responsible for the continuing rise of COVID-19 castes in Alaska.

“You don’t need to be a medical professional to understand that COVID-19 has a firm foothold in Alaska and our hospitals and clinics are now on the front lines. As physicians bracing for this emerging crisis, we write to remind you that Governor Dunleavy’s fiscal policies have been no friend to healthcare in our state. With our recklessly under-funded healthcare system facing a global pandemic, it has never been more important to have a leader with the well-being of all Alaskans in mind.”

Alaska, in actuality, has the fewest number of cases of COVID-19 in the nation.

[See the state-by-state comparison at Statista.com]

ACLU TRIES TO WEIGH IN ON RECALL CASE

The American Civil Liberties Union tried to muscle its way into this court proceeding this month, saying that it wanted to file an amicus brief on behalf of the Recall Dunleavy Committee’s position.

The ACLU said that because it has a separate pending lawsuit in Superior Court over the legality of the governor’s vetoes, it has an interest in the outcome of the Recall Dunleavy case. That ACLU request was denied by the Supreme Court. 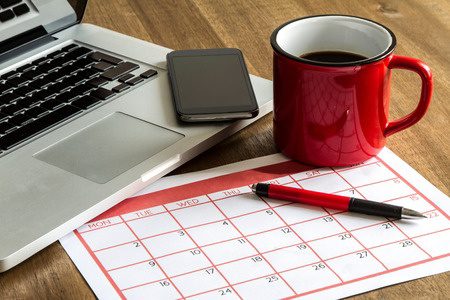