Slide show: A ride with Rep. Laddie Shaw to the Veterans Memorial at Denali Park 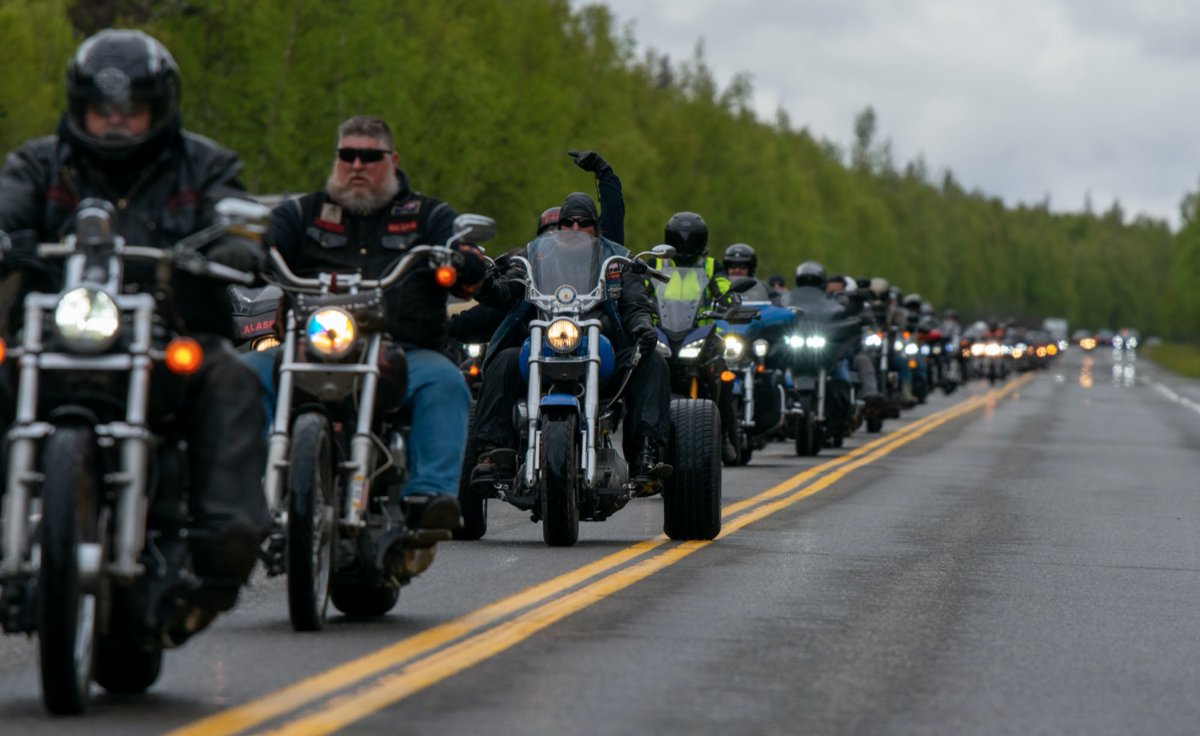 The Alaska Veterans Memorial is located within Denali State Park at Mile 147.1 between Anchorage and Fairbanks.

It is the destination each Memorial Day for veterans, many of whom ride their motorcycles together to pay tribute to fallen heroes of war. Here are some photos from the year’s ride, thanks to Rep. Laddie Shaw, Navy Seal (ret.).

Relive the event at our slide show:

Those who are in Southcentral Alaska who wish to participate in a Memorial Day ceremony can find one led by citizens planning to lay wreaths at the Veterans Memorial on the Delaney Park Strip in downtown Anchorage (along 9th Street). The impromptu ceremony, organized over the weekend, will begin at 10 am, and is not sanctioned by the Mayor’s Office, which has canceled the traditional ceremony.

By the people and for the people: A Memorial Day observance like no other