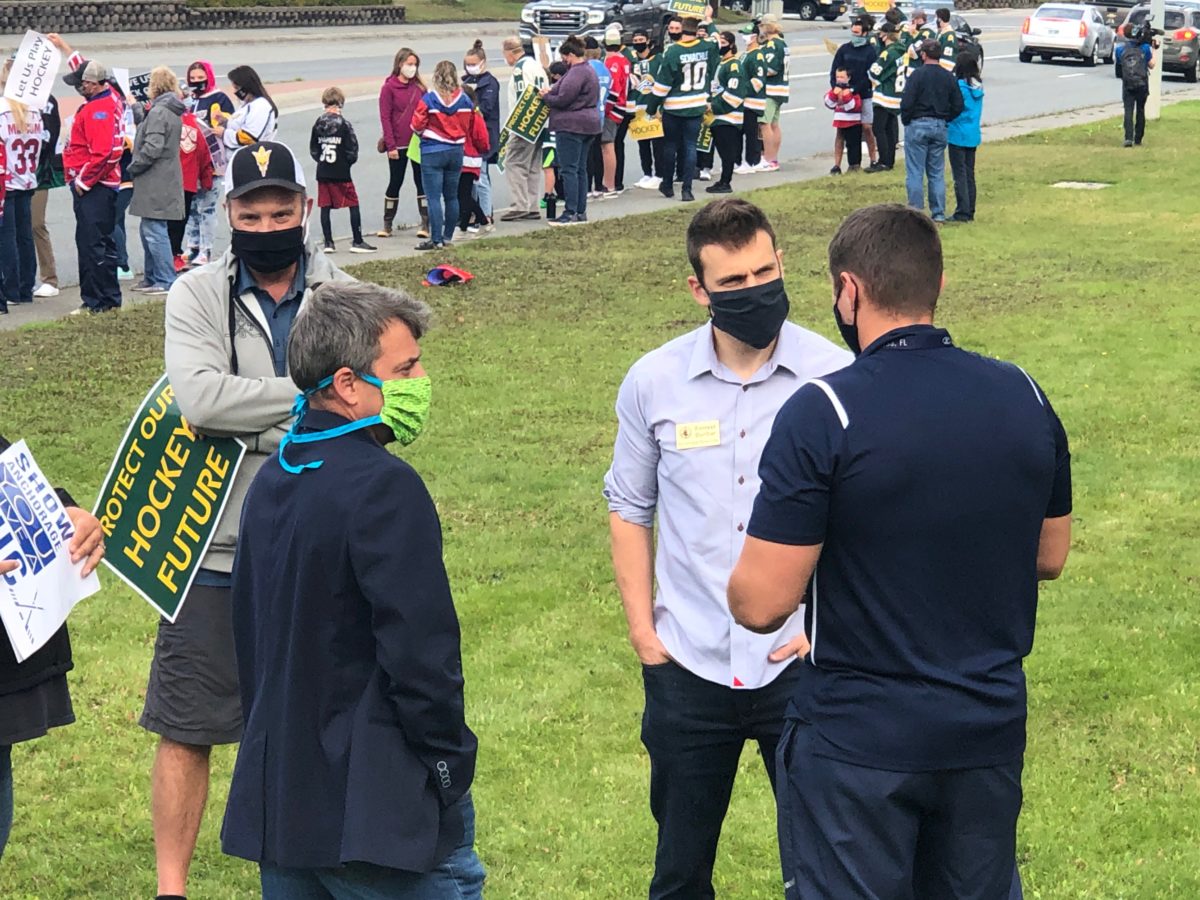 “Looks like our shame/prodding campaign worked! Or perhaps they would have written in regardless…” wrote Dunbar, who is running for mayor of Anchorage.

Dunbar was responding to Constant, who had noted, “They came at me hard pissed telling me they were going to comment already (When?) and that I was the bad one. Haha. Whatever it takes to make you do your part.”

The emails were referring to a letter Constant forwarded to Dunbar from a pastor that was addressed to the Anchorage Assembly regarding AO-66, regarding the controversial purchases of the four properties. Rev. Jacob Poindexter, who refers to himself as a he/him/his, and who is a senior pastor at the First Congregational Church of Anchorage, is one of those faith leaders who was evidently successfully “shamed” into writing a letter to the Assembly.

Last summer, the liberal majority on the Assembly was trying to help former Mayor Ethan Berkowitz create a network of buildings in various places in the city, something that would become a homelessness industry for Anchorage, complete with shelters and substance abuse centers in various family neighborhoods.

The public has been passionately opposed to the plan, which has backfired, creating a wave of grassroots activity across the community from people not normally involved in politics in any way. Most of them are conservatives who are now seeing just what goes on in city government in Anchorage.

Russell Biggs is one of those people.

It took Biggs seven months and cost him $800 to get emails between the Assembly members released to him. He also had to go before the Assembly and call out Anchorage Municipal Clerk Barbara Jones for not acting on his public records request before he finally received his trove, which he is now poring through.

Must Read Alaska understands there are more emails to be released by Biggs.

In another set of communication between Dunbar and Constant, the two discuss how little they think about the people involved with the group known as “Save Anchorage.”

“Answered her in good faith, because I didn’t know who she was. Whoops!” wrote Dunbar, as he and Constant discussed how they should not respond to people associated with Save Anchorage. He noted he “won’t make that mistake again.”

Dunbar is the leading liberal candidate for mayor in a field that includes 13 others. The election ends April 6.