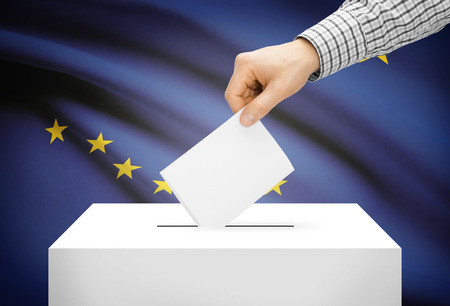 CANDIDATE NEVER FILED HIS FINANCIALS, YET IS ON BALLOT

The three-way race for the Anchorage School Board Seat B has candidates David Nees, Ron Stafford, and School Board President Starr Marsett all vying for votes on the upcoming ballot.

But there’s a problem: Ron Stafford never filed his Public Office Financial Disclosure. He is ineligible to be on the ballot, which was already printed and is scheduled to be in the mail to voters next week.

The City Clerk evidently approved his name on the ballot, but has since been made aware of the error. The Alaska Public Offices Commission has also been alerted.

What relief is there to the other two candidates? The Election Office could insert a flyer in every ballot it mails out stating that Stafford is not a candidate. Or it could not count the votes for him, although that would likely hurt Nees more than the incumbent he is trying to replace.

Either way, this is the second time in a row that candidate David Nees has encountered a last-minute surprise. The last time he ran, then board President Tam Agosti-Gisler waited until the last hour of the last day of filing, and then went with Deena Mitchell to the Election Office and withdrew her name, while Mitchell filed hers. Mitchell then was given all of Agosti-Gisler’s campaign funds and went on to win the election.

The League of Women Voters mailer has already been released electronically at the Municipality of Anchorage election page, and will be in the mail about the same time as the ballots are mailed. As of now, it contains the error. And the Federation of Community Council’s electronic brochures also contain the error. Those brochures are typically mailed in March.

Anchorage has gone to a mail-only election system, which makes it impossible for election workers to advise people of the mistake as they come through a traditional polling place.

Sec. 39.50.020. of Alaska State Statute requires “Candidates for state elective office other than a candidate who is subject to AS 24.60 shall file the statement with the director of elections at the time of filing a declaration of candidacy or a nominating petition or becoming a candidate by any other means.”

“Candidates for elective municipal office shall file the statement at the time of filing a nominating petition, declaration of candidacy, or other required filing for the elective municipal office. Refusal or failure to file within the time prescribed shall require that the candidate’s filing fees, if any, and filing for office be refused or that a previously accepted filing fee be returned and the candidate’s name removed from the filing records.”

In 2016, Anchorage reading specialist Shirley Nelson withdrew her name from the Assembly race because, as a reading tutor, she refused to disclose the names of her clients, which she felt was a matter of their privacy.

But Ron Stafford, without filing his financial paperwork as required by law, has made it to the mail-in ballot in Anchorage, which will be in the mail on March 12.

An epic weekend with the governor