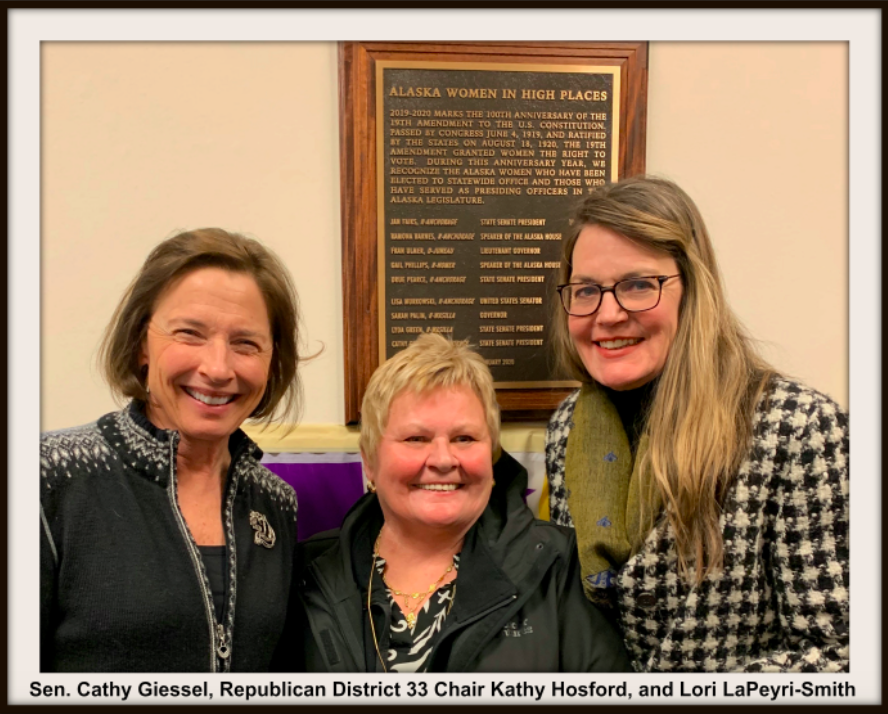 On the 100th anniversary year of the passage of the 19th Amendment to the Constitution, guaranteeing women’s right to vote, a commemorative plaque was unveiled on the second floor of the Alaska Capitol, honoring the women who have served in leadership positions.

All of the names on the plaque are women who have served in statewide leadership roles, and all but one name are Republicans. That’s a reflection of the state’s history — mostly Republican women have been elected to serve in leadership.

Former Lt. Gov. Fran Ulmer is the lone Democrat who appears on the plaque.

A small crowd of legislators and staff members filled the hallway to see the unveiling. The project was sponsored and paid for by several individuals from Juneau, Fairbanks, and Anchorage.