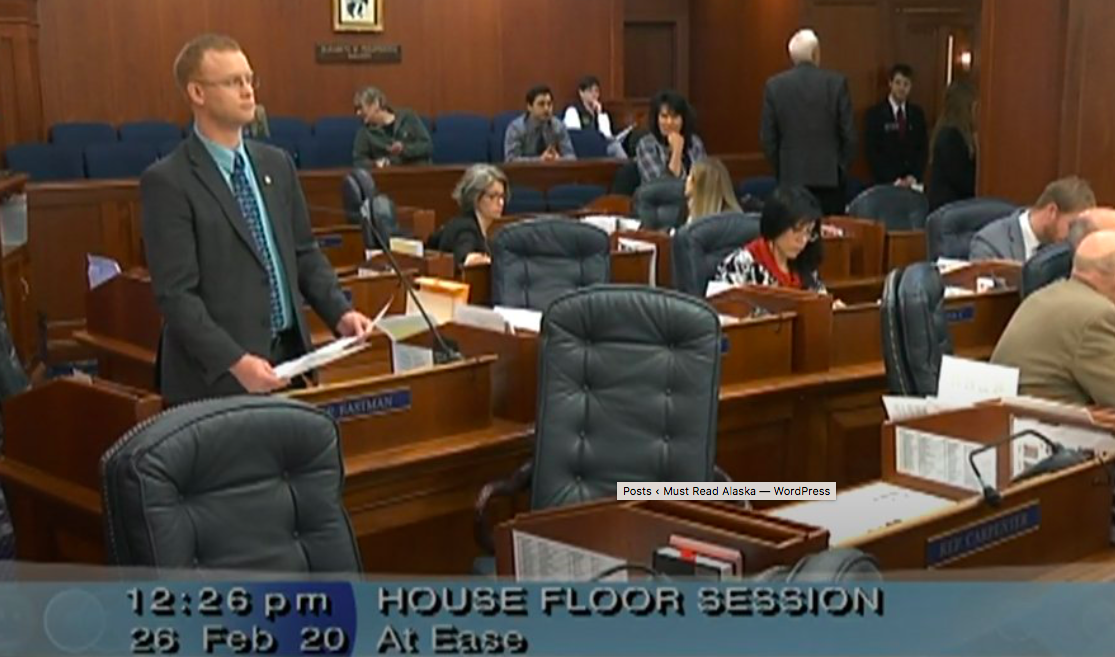 The Alaska House of Representatives passed a supplemental budget that would pay for the response to the wildfires of 2019, federal program healthcare costs the state is on the hook for, and Alaska Marine Highway System costs that resulted, in part, from shortfalls caused by a strike of ferry workers during the high season.

The $526.2 million bill has $298,6 million of State funding and balance is federal funding. It passed 35-2, with Rep. David Eastman and Mark Neuman voting against it.

The vote came after a raucous session in which Rep. David Eastman of Wasilla was admonished by House Speaker Bryce Edgmon to cease his disruptions to the proceedings or risk being thrown out — it was unclear if he meant thrown out of the House Chambers or expelled from the Legislature altogether, although several staff members were seen thumbing Mason’s Manual. During an at-ease, the House minority Republicans met briefly to discuss Eastman’s behavior and it was unclear if there were enough votes to throw him out of the minority caucus.

After the session ended, discussions continued as to the fate of Eastman, who had apparently worn on every last nerve of some of his fellow legislators. Those talks are underway in the Capitol.