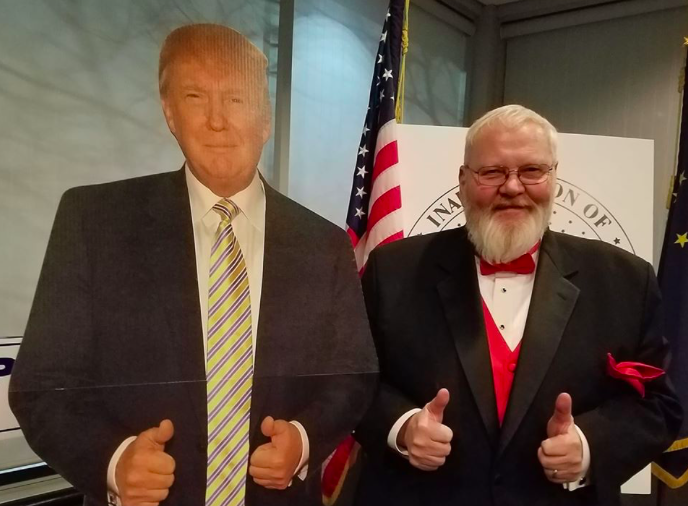 The national committeeman is one of three Alaska seats on the National Republican Committee, which is the political committee that leads the Republican Party.

The position is held by former Alaska GOP Chairman Peter Goldberg, who recently announced that he will not seek another term.

Kris is chairman of District 23, Anchorage, of the Alaska Republican Party.

Kris and his wife, Dawn Linton-Warren, have remained active in party activities for several years, hosting and organizing a number of fundraisers for the party, individual candidates and incumbents. He is a gold member of the Alaska Republican Party’s Freedom Club, and attended the 2016 National Convention in Cleveland.  The Warrens have attended two RNC quarterly meetings at the national level and will attend the next meeting in Miami later this month.

Kris said his goal is to primarily assist ARP Chairman Glenn Clary and National Committeewoman Cynthia Henry in raising funds for the party as well as local and national candidates and to help get Republicans elected.

Mike Tauriainen, chairman for GOP District 29 Kenai, longtime activist, and a 2016 a delegate to the Republican National Convention, said he is considering running for the national committeeman post and that he and his wife, Kay, are still discussing it.

Cynthia Henry, national committeewoman, announced she would be running for reelection for that post. She has served in the role since 2016.

That time when Gov. Walker affixed State Seal on white paper against Pebble mine