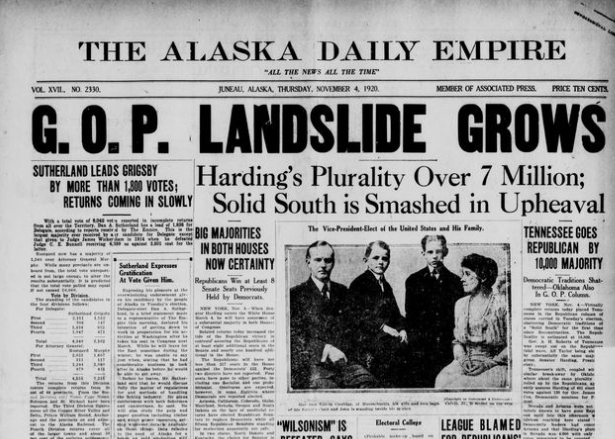 Facing a changing media market and less interest in print newspapers by the public, the Juneau Empire has let go two key members of its editorial staff: The staff photographer and the local sports reporter.

Photographer Michael Penn has been with the newspaper since about 1995, and is the longest-serving staff person in the news department. In fact, it’s hard to imagine any editorial department staffer with a longer tenure than Penn in the history of the newspaper, which was founded in 1912 as The Alaska Daily Empire. Nolin Ainsworth has been the local sports and outdoors writer, and he’s now off the roster as well.

“The unfortunate reality, however, is that newspapers of our size can no longer support these dedicated positions,” wrote Robert Monteith, the general manager of the Empire in today’s Friday edition. He went on to acknowledge that the financial pressures would continue without the support of subscribers and advertisers.

In June, the newspaper ceased publishing its print edition on Mondays and rolled the weekly Capital City Weekly into its Thursday edition, basically shutting down the stand-alone publication.

For those who were raised with the Empire, it’s painful to see the capital city newspaper shrink yet again. The newsroom had a staff of 20 when the new millennium started, but is down to four now — an editor and three writers, all of whom are entitled to vacation, sick leave, and an 8-hour day.

Putting out a newspaper under those conditions is going to be a herculean task.

Must Read Alaska publisher Suzanne Downing was the editor of the Juneau Empire when it launched its digital presence on the World Wide Web in the late 1990s.