Judge rules women should be drafted 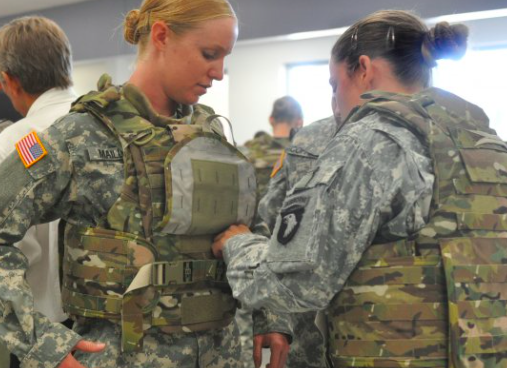 A federal judge on Friday rule that the all-male military draft registration is unconstitutional.

Women, said Texas U.S. District Court Judge Gray Miller, should be required to register with the Selective Service System, just as men are.

While historically women were not allowed to serve in combat roles, in 2015 the Pentagon lifted all restrictions for women in military service, combat included. That’s the basis for the lawsuit brought by the National Coalition for Men, which argued that men were not being treated equally under the Equal Protection Clause of the U.S. Constitution since they alone must register for the draft.

“Forcing only males to register is an aspect of socially institutionalized  male disposability and helps reinforce the stereotypes that support discrimination against men in other areas such as child custody, divorce, criminal sentencing, paternity fraud, education, public benefits, domestic violence services, due process rights, genital autonomy, and more,” the men’s coalition wrote. “After decades of sex discrimination against men in the Selective Service, the courts have finally found it unconstitutional to force only men to register.  Even without a draft, men still face prison, fines, and denial of federal loans for not registering or for not updating the government of their whereabouts.  Since women will be required to register with the Selective Service, they should face the same repercussions as men for any noncompliance.”

Men who do not register can be fined, imprisoned, or refused federally guaranteed loans.

The case will almost certainly be appealed and end up in front of the U.S. Supreme Court, where sex-based classification precedents have been set for “important” government interests.

But the Supreme Court has also come down on the side of gender equality in military institutions, when it struck down the male-only policy of the Virginia Military Institute, a ruling that will certainly be used in the argument to make women register.

Judge Miller rejected the claim that sex discrimination is justified because men are generally bigger and stronger than women. He reasoned that size and strength issues are not as important in modern military warfare.