House accepts HB 49, with just two from Fairbanks voting no 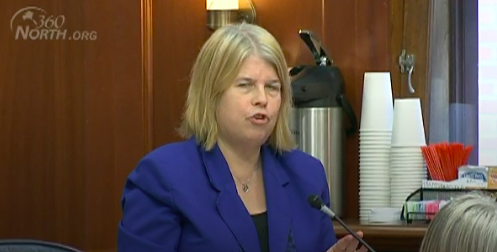 Neither Rep. Adam Wool or Rep. Grier Hopkins of Fairbanks care for the harsh penalties in HB 49. The Fairbanks representatives voted no on the tough-on-crime bill when the question came before the House of Representatives today.

All others present voted yes on the 93-page criminal justice reform bill that goes a long way toward patching the tears to Alaska’s social fabric caused by Senate Bill 91 back in 2016.

Wool said that putting people in jail would create hardships on families and cost the State a lot, and Hopkins also spoke to the expense of locking up criminals, and said the war on drugs has failed for his entire lifetime.

Rep. Tammie Wilson of Fairbanks also spoke to the costs involved, but voted for the bill anyway. But not before warning that the Palmer prison would reopen, and some prisoners would probably be shipped out of state, and that the need for addiction treatment was going to drive costs up as well.

Reps. Mark Neuman and Sara Rasmussen were not on the floor for the vote, and Rep. Lance Pruitt, House Republican Minority leader, had a hoarse voice when he spoke in favor of the bill, reminding his colleagues that HB 49 is not quite a full repeal of SB 91 because the of the pretrial assessment tool, which calculates an offender’s risk profile before trial, and which has let too many criminals cycle in and out of jail. He expressed the hope that the Department of Corrections can improve that tool.

The Senate still needs to vote on the bill and it must be signed by the governor before it can be implemented. Until then, SB 91 is still in effect.

HB 49: Getting tough on drug dealers