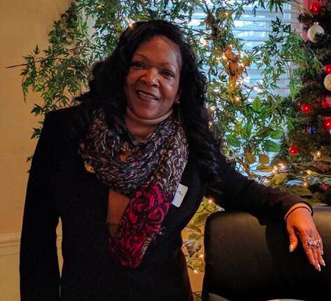 Republican Sharon Jackson, who was on the staff of Sen. Dan Sullivan until earlier this month, has filed for the office of lieutenant governor.

Jackson has been involved with political organizing for years, and is the president of a Republican women’s club in Anchorage, the Republican Women of Anchorage, (although she will likely have to resign that post, as club rules often don’t permit officers to be active candidates.) Her club’s goal is to  “diversify and grow our party and most of all give our Independents and Undeclared a reason to return.” Diversifying the Republican Party has been a long-held goal of Jackson.

Jackson was a delegate to the 2016 Republican National Convention from Alaska, one of 11 delegates from the state who were bound by party rules to support Donald Trump.

She worked for National Write Your Congressman and the National Federation of Independent Businesses in the past, and is a military veteran of the U.S. Army.

For Sullivan, she served constituents from the Anchorage office of the senator, and worked extensively on behalf of veterans services. This is her first run for public office.

Armed, dangerous, on the loose in Anchorage