Furor over license plates: One was issued over 10 years ago, while another slipped through screening in 2020

The Department of Administration has updated the public on the issue that arose last week after two vanity license plates caught the attention of some members of the public.

One license plate spelled FUHRER — it’s a plate that had been issued over 10 years ago and had been revoked.

The other was 3REICH. That plate was issued last year and has now been revoked by the Division of Motor Vehicles.

In a press release from the Department of Administration, the state says that over the past three years, the DMV has processed an average of 9,000 personalized license plate applications per year — combinations of letters or slogans that make up what is sometimes called a “vanity plate.”

In the event that a plate with vulgar, violent, criminal, or demeaning terminology has erroneously been approved, the DMV has established a recall process, the department explained. That is triggered when a member of the community reports to the DMV a concern regarding a potentially offensive or inappropriate plate. The plate in question is reviewed by a recall panel of at least three staff who consider and vote on whether it complies with the personalized plate standards in 2 AAC 92.120. If the majority concludes that it does not, the DMV will recall the personalized plate, notify the customer of the recall, and issue an alternate set of customer plates. It is important to note the practice of issuing personalized plates assumes the plate is not offensive to members of the community and that, if complaints are received, the plate is subject to being recalled.

The 3REICH plate was applied for in October, 2020 and was subject to an electronic screening process, which did not flag it, because the term is not among the 11,450 terms not allowed. An employee reviewing the hundreds of other unfledged plates did not notice the term, and the plate was issued on Nov. 3, 2020. On January 14, 2021, the DMV received a report of concern regarding the plate via email. The DMV recalled the plate on Jan. 21, 2021.

The FUHRER plate in question was originally issued by the DMV over a decade ago.

“Because the ‘FUHRER’ plate was issued over ten years ago, the DMV has little information surrounding the processes in place at that time. A complaint regarding the plate was received by the DMV via email on September 16, 2020. The Division recalled the plate on October 11, 2020,” the division wrote.

Officially, both the plates involved in this review, “FUHRER” and “3REICH,” were recalled by the DMV and revoked from the customer.

As it turns out, the same customer owned both plates at different times. Must Read Alaska has learned that the owner of the plates lives in Butte, an area of District 12 in the Mat-Su Valley.

The Department is examining current DMV policy regarding personalized license plates expression. In 2015, in Walker v. Texas Division, Sons of Confederate Veterans, 576 U.S. 200 (2015), the United States Supreme Court held that license plates are “government speech” and consequently states can regulate and restrict their content under the First Amendment. Notably, the Court held that just as a State cannot require an individual to convey the State’s ideologicalmessage, an individual cannot force the State to include a message on its license plate.

The American Association of Motor Vehicle Administrators advises that when administering a personalized license plate program, states should be neutral and consistent while recognizing that societal norms change over time.

At times, the DMV has enforced and interpreted the policy addressing personalized plates more strictly than the Alaska Administrative Code requires, the department wrote.

“Going forward, the Department seeks to ensure more accurate adherence and compliance with the regulation which allows for a greater level of expression than previously interpreted. Consistent with the regulation, the DMV will establish and implement an application policy and process which prohibits plate symbols that demean any ethnic, religious, or racial group, or include otherwise vulgar, violent, or criminal terms. The Department will also strive to improve the application review process to reduce the risk of error due to manual entry mistakes, human bias, and subjectivity,” the department wrote.

Dunleavy State of the State 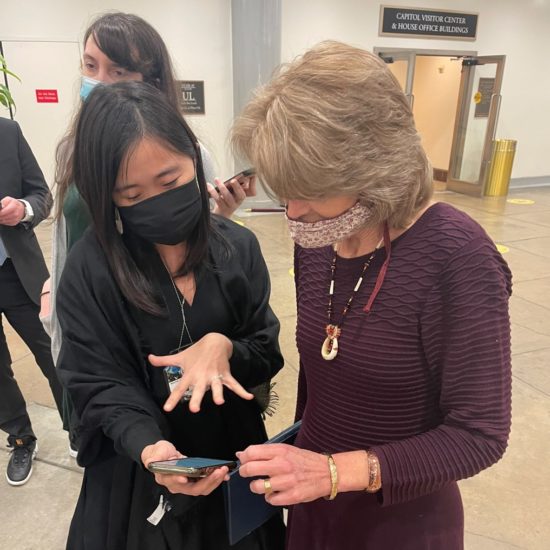