THEIR LAWSUIT AGAINST FAIRBANKS POLICE, PROSECUTORS, CITY CAN GO FORWARD

The Fairbanks Four are evidently going to get their day in court in their civil case against the City of Fairbanks and Fairbanks police for a case dating back to 1997.

District Court Judge Holland had tossed out the claim the four made that their rights had been violated during prosecution and that there was misconduct by investigators.

They filed appeal to Ninth Circuit, which reversed Holland’s order to dismiss. Now, the court has refused the City of Fairbanks request for another look.

The four men, convicted of beating 15-year-old John Hartman to death in 1997, had signed an agreement they would not sue the city of Fairbanks or police or prosecutors; this agreement was part of a deal that Gov. Bill Walker made through his Attorney General Craig Richards to drop all the charges and allow the men to walk.

After the murder, one of the Fairbanks Four, George Frese, sought treatment for injuries to his foot, telling medical staff that he injured his foot kicking someone in a fight the night before. The tread of his boot matched the shoeprints on John Hartman’s forehead. Frese later confessed to participating in the murder.

Eugene Vent was questioned by police and made several statements indicative of guilt. While incarcerated, he allegedly told another inmate that, “We didn’t mean to kick [JH] to death.”

Kevin Pease admitted to a fellow inmate that, “[I] did it for the punk’s money.” Another inmate asked Pease if he had committed the murder, and Pease responded, “I was f****d up, and it was bad.”

The alibi presented by Marvin Roberts was rebutted by other witnesses. Tire tread marks also placed the men at the scene of the murder.

This was not the first time the four men had gathered to threaten and endanger Fairbanks citizens.

Just two weeks before John Hartman’s murder, the four accosted a group of people walking from a hotel to a nearby restaurant. They made insulting remarks and left only after one of the men chased them away. Minutes later, George Frese returned on his bicycle, pulled out a gun, pointed it at the man, and announced he planned to shoot him. Frese was convicted of assault and his conviction was upheld on appeal. Frese v. State, 2001 WL 1090749 (Alaska App. Sept. 19, 2001).

Just hours before Hartman’s murder, the four allegedly beat and robbed a man leaving a wedding reception. Other than the fact that the injuries were not fatal, the assault was remarkably similar to the attack on John Hartman.

Despite ample evidence of guilt, the four claimed they were unfairly treated because of race, and the Alaska Federation of Natives called for the men’s release.

The Walker Administration acceded to the political pressure, dismissing all charges and freeing the four murderers under the condition they would not sue. Later, Walker named the attorney for the Fairbanks Four as his Attorney General. Jahna Lindemuth served in that role after Craig Richards resigned and is now one of the lead attorneys trying to recall Gov. Mike Dunleavy.

Apparently unconstrained by their contractual obligations, the four sued the City of Fairbanks and several Fairbanks police officers.

Judge H. Russel Holland dismissed the claim on the ground that the four could not prove they were wrongfully convicted.

Roberts, Frese, Vent, and Pease then filed an appeal to the Ninth Circuit Court of Appeals. Two members of a 3-judge panel voted to send the civil claim back to the trial court, while the third member argued the dismissal should be upheld.

Judge Lawrence VanDyke, a former editor of the Harvard Law Review, joined by Judge Sandra Segal Ikuta, a former clerk for Justice Sandra Day O’Connor, published a blistering dissent explaining that the two members of the 3-judge panel had so far departed from Heck v. Humphrey, 512 U.S. 477 (1994), as to create new law unprecedented in the federal courts.

According to Judge VanDyke:

The split panel decision in this case created an additional exception to the Heck bar that, as far as I can tell, is unprecedented – not only in our circuit, but across the federal courts. It did so by reinterpreting Heck’s favorable termination requirement into something less than even a neutral termination requirement. In doing so, it expressly refused to apply the “hoary principle[s]” adopted from the malicious prosecution context that were the express basis for the majority’s decision in Heck. Now, in every situation where a criminal defendant’s conviction is ministerially vacated without any judicial determination that the conviction was actually “invalid,” this new exception casts into doubt the Heck bar’s applicability. This includes in the many states in our circuit that have statutes that automatically vacate some convictions once the defendant has served his sentence. Heck is a quarter-century old, and its better-established exceptions already bedevil federal courts across the country, including this one. The fact that no other court has conceived or applied the panel majority’s new exception in over 25 years of applying Heck should be reason enough for this Court to rehear this case en banc before cracking this lid on Pandora’s box.

A copy of today’s decision is at this link:

The defendants have not proven to be model citizens since their release. In 2018, Kevin Pease was arrested and charged with DUI and assault. He entered into a plea bargain wherein he pled guilty to DUI in exchange for dismissal of the assault charges.

In 2020, George Frese was arrested in Palmer and charged with vehicle theft, DUI, and reckless driving and failure to stop at the direction of an officer. He pled guilty to DUI and felony failure to stop/reckless driving. Last month he was arrested in Fairbanks and charged with assault, disorderly conduct, and criminal mischief. He pled guilty to criminal mischief. 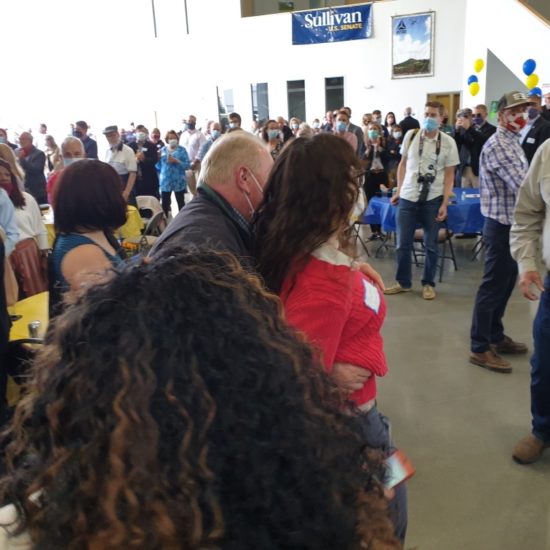 ‘Double-down Dunbar’ says he was misquoted, then runs away from his statement on constitution’s racism