Two years later, the Berlin Wall crumbled under the force of liberated and united Germans.

Four years prior, Reagan had dubbed the Communist-run Soviet Union as the “evil empire.” He described the U.S.S.R. as “the focus of evil in the modern world.”

We don’t hear the word evil much anymore from conservatives.

The Bible warns of a time when many will call evil good and good evil.

Communist-run China is currently every bit as evil as the former Soviet Union. China has forced countless mothers to involuntarily succumb to the cold steely hands of murderous abortionists ending the life of their babies. Imagine the grief, pain, and heartache of living in a country that targets your child for execution.

It was 2011 when then-Vice-President Joe Biden spoke at Sichuan University in China. In reference to the one-child forced abortion policy, he told Chinese college students:

“As I was talking with some of your leaders, you share a similar concern. You have no safety net. Your policy has been one of which I fully understand. I’m not second-guessing of one child per family,” said Biden.

Most Americans would agree forcing a mother to abort her child is evil. Apparently not the man poised to be our next president.

Biden has moved even more pro-abortion recently as he worked to secure the nomination of the party of death. His Left-wing base will tolerate nothing less.

Biden says he now opposes the Hyde Amendment, a 40-year-old measure prohibiting the use of federal taxpayer dollars to pay for abortions.

Sixty percent of Americans favor the Hyde Amendment and Biden did once too. Biden justified his flip flop on forcing Americans to pay for abortions by saying “circumstances have changed.”

What’s changed is the Democrat Party has become increasingly pro-death.

And then there’s Biden’s chosen running mate, Kamala Harris. Harris has voted against every pro-life bill she’s had before her.

The National Review described her as “without question the most radically pro-abortion candidate to run for president or vice president in the history of our country.”

Harris is so pro-death culture she ignored the evil Planned Parenthood body part peddlers and instead went after the activists who caught them on tape.

Earlier this year, Harris and every Senate Democrat filibustered the Born-Alive Abortion Survivors Protection Act. The bill would have required doctors to give the same degree of health care to newborns who survive abortions as any other child born alive.

In half the states, doctors are not required to provide health care for babies who survive their planned execution at the hands of a cold-hearted abortionist.

With that filibuster, Harris is now on record as favoring infanticide.

In 2019, Democrats established themselves as the party of death when New York Gov. Andrew Cuomo signed a law allowing abortion up to the moment of birth and even after the child is viable and able to live on their own.

Virginia Gov. Ralph Northam also supported legislation in his state allowing for infanticide. In what can only be described as the most chilling words ever to come out of an American politician’s mouth, Northam said this in defense of ending the life of a baby after they survived an abortion:

What Northam was literally calling for was keeping the baby alive on the medical table after he or she was born while a decision was made whether to let the baby die. Only the hardest of hearts would see that as anything other than evil.

Many of the 70 plus million voting for Biden and Harris may not realize they’ve potentially put in the White House two of the most morally depraved candidates in U.S. history.

Most Democrats voted for Biden/Harris more out of a deep disdain and hatred of President Donald Trump than anything else. Trump is the most pro-life president we’ve ever had, and that’s why he’s so hated by so many.

Too many Americans have seared their conscience when it comes to the genocide of American babies enabled by the Democrat Party.

Democrats were the key defenders of slavery, segregation, the KKK, and now they are the party that’s the guardian of the death culture in America.

The 2020 presidential election was not a fight between conservative or liberal, left or right, Democrat or Republican. It was a battle between good and evil.

What? Fairbanks remote classes are closed Monday due to snow, road conditions 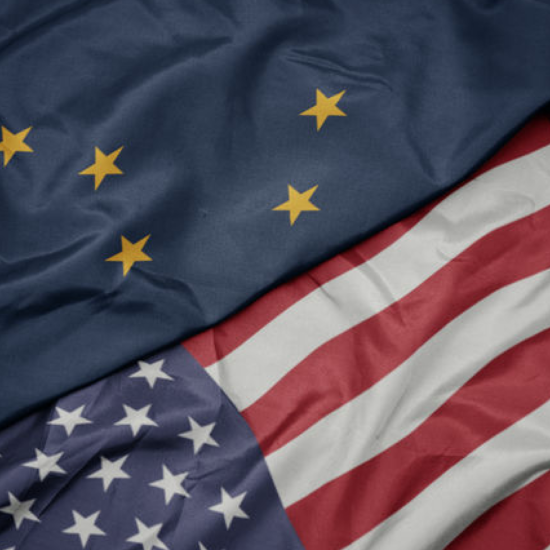 Carver: These Anchorage lockdowns are reckless