Ballot Measure 2 supporters said what about this woman?

Leighan Gonzales, a young Alaska political force, may have learned about just how cruel people can be in politics. Politics is a tough place for women, particularly. You need tough skin. She has tough skin and the scars to prove it.

Gonzales appeared at forum at the ADN/UAA debate recorded two weeks ago, which began airing on Wednesday.

After Gonzales appeared in a debate against Alaskans for Better Elections proponents Scott Kendall and Lesil McGuire, a meme cartoon soon popped up on social media, making fun of Gonzales’ cleavage, and her necklace. The cruel joke on her appearance was shared by proponents of Ballot Measure 2.

“They turn me into a meme every time I kick Scott Kendall’s ass in a debate,” Gonzales wrote on Facebook.

No similar meme cartoon was made poking fun of Lesil McGuire, who was arguing in favor of the ballot measure and who also wore a large necklace, but a high neckline.

“That’s my heart surgery scar, not my cleavage. Lol the one time I don’t have the neckline of a nun!” Gonzales wrote. As an infant, she underwent open heart surgery.

Neither Scott Kendall, who heads the ballot measure, nor the League of Women Voters, which supports it, had anything to say about the misogynistic post, but after it had been shared around on Facebook, it disappeared, along with the account that had originally posted it.

“The blatantly sexist campaigning and personal smears against me by proponents of prop 2 have been happening for months since I began advocating against it. I hope LWV can publicly condemn this behavior, as it sets a precedent for how women are allowed to be treated in Alaska politics,” Gonzales wrote.

Alaskans for Better Elections remained mute on the topic.

The tale of two candidate forums in Homer-District 31

Which state votes most Democrat? The one where Alaskans go to get away from winter

National Democrats don’t want to hurt your feelings, so they’ll opt you out of Fathers Day 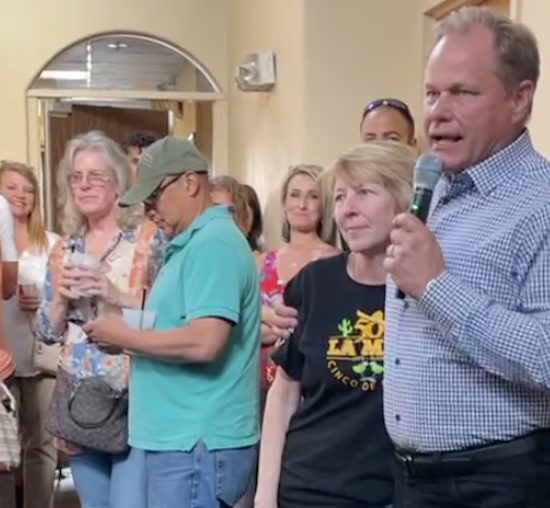