THOSE WAITING TO TESTIFY BY PHONE ARE NOT BEING CALLED BACK

The public has been more engaged than ever this year with the Anchorage Assembly. But also this year, Anchorage residents have found themselves cut out of meetings — both in person and on the internet broadcasts.

For several weeks this summer, the Assembly didn’t permit the public inside the Assembly chambers. The protests grew and the Assembly finally permitted limited entry into the chambers and the spill-over room at the Wilda Marston Theater, both of which are on the ground floor of the Loussac Library.

But also this year, the Municipality has started migrating all of its online broadcasts to a new YouTube platform.

That platform is irregular and frequently goes black with an error message, leaving those who are watching the meetings from home struggling to find a way to get back into the meeting.

The technology problem is pervasive, according to reports received by Must Read Alaska.

Assembly member Jamie Allard said that at times during the Tuesday, Oct. 27 meeting, her phone “started blowing up,” when people all of a sudden saw their screen go black and were unable to reconnect to the meeting.

The entire meeting is usually posted hours later, but is frequently not available in real time to the public, which has been discouraged from attending the meetings in person. The online observation system is one that the Assembly says meets the requirements of the Open Meetings Act.

But relying on online broadcasts is not giving the public a true picture of what goes on during Assembly meetings.

In a previous meeting of the Assembly, Acting Chair Austin Quinn-Davidson had a person removed from the room when that person would not don a face mask.

The video of that section of the meeting was edited and the incident was removed, as seen in this eight-second clip:

Critics say that part of the meeting was not a small incident and and that the public has a right to witness its lawmakers throwing people out of meetings.

Being able to testify is also an increasing problem. During the meeting on Tuesday, Chairman Felix Rivera cut off public testimony after 10 pm, even though several people were waiting in the queue. The phone testifiers normally get into a queue and Rivera then asks the Clerk to call them when it’s their turn to testify. This is so the public doesn’t come down to sit in the room for hours waiting to testify.

“So far from the technology standpoint they have done a very poor job. they have left dozens if not hundreds of people stranded on line, thinking they are going to be able to testify, but never being able to do so. The public testimony by telephone has been basically a failure.” said Frank McQueary, president of Alaskans for Open Meetings.

It’s also impossible to see the documents the Assembly and mayor’s staff are sharing online. The slides being shown in the room are unreadable for those observing online, McQueary noted.

The Assembly is struggling to get through its agendas, a problem that appears to be increasing. During Tuesday night’s meeting, the Assembly was unable to get to at least seven items on its agenda, including a big decision — whether or not to hold a special election for an acting mayor.

Was avoiding the special election question just poor meeting management or was it by design? It’s impossible to know. Frequently, the Assembly adjourns by the midnight deadline, with a lot of work left undone.

The next Assembly meeting will be a special one on Nov. 4, the day after election.

Campbell: It’s time to flip the school board

Report says Anchorage wears masks, and most of us won’t host Thanksgiving or Xmas gathering this year 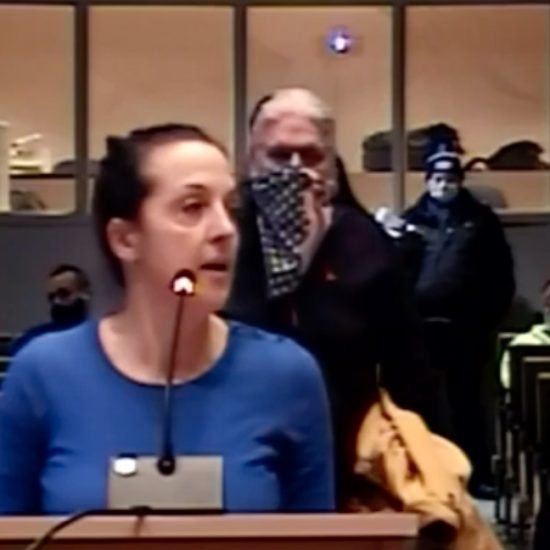 Assembly extends mayor’s emergency powers, but did it really have enough votes?