A night for upsets as incumbents struggle 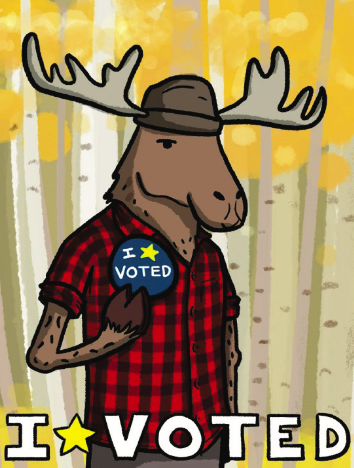 It was a rough night for Alaska State House and Senate incumbents on Tuesday, but some races are too close to call and there are still many absentee ballots to be counted.

One takeaway is that the full-PFD message is powerful in Alaska politics. With only $5 billion and change left in the Earnings Reserve Account, the victors will have a very tough time paying the bills this coming year. But Alaskans are angry that the statute was not followed.

Here are a few results as of 1 am. Check for more stories throughout the day on some of these races:

Gov. Mike Dunleavy was the big winner as those Republicans worked against his agenda are generally in peril. This matters especially because Dunleavy didn’t get involved in this election cycle, except to give some nice remarks about Congressman Don Young at a fundraiser.

Senate Seat H: Madeleine Gaiser was unopposed on the Republican side, got 1,222 votes, more than Sen. Bill Wielechowski’s 1,004, for this East Anchorage seat. She somewhat unknown but could give Bill-Wiel a run for his Big Union money.

House District 27: Rep. Lance Pruitt, R, unopposed, won 1,302 votes, and Liz Snyder, D, received less than half that. They face each other in November.

House District 36: Leslie Becker, R, unopposed, won 1,103 votes and will face Indie-Dem Dan Ortiz in November. She’ll need to increase her turnout to successfully upset him, as in 2018’s general election he got 4,256 votes.

Incumbents in general did poorly. Looks like Sen. Giessel, and Reps. Johnston, Kopp, LeDoux are out, others are in peril.

Alyse Galvin, running for U.S. House, has to be worried. She only received 23,786 votes at last count in her Democrat primary. Congressman Don Young, the Republican, received 36,394. Lots of absentees will close that gap.

Curiosities / Too Close to Call

Senate Seat L: Stephen Duplantis is ahead with 1,351, Natasha Von Imhof has 1,266, but likely had a robust absentee ballot chase. Duplantis had a small campaign budget, not likely enough to do an absentee ballot program.

House District 1: Rep. Bart LeBon, R, won uncontested Republican Primary with 788 votes, but the Democrat votes totaled 778 amongst the two contenders on the D side, so this will again be a squeaker race in November, when LeBon faces Democrat winner Christopher Quist, who won 394 votes.

House District 5: Kevin McKinley, R, unopposed, won 914, which is more than his opponent received in his primary. Rep. Adam Wool, D, only Brough in 675, which may worry him going into November.

House District 35: Kenny Skaflestad, R, 336, in a tight race with Arthur Martin, 326 for the Republican Primary. The winner takes on Rep. Jonathan Kreiss-Tompkins.

Giessel was her own undoing

Kopp, Johnston find no favor with South Anchorage base