I grew up in rural Georgia in the Fifties and Sixties. I grew up with ghosts in the closet.

Old family Southerners could rattle off what company, regiment, corps, and army of the Provisional Army of the Confederate States their ancestors had served in. About a third of all the men who served in combat units of the PACS were killed. Some families had the luxury of knowing where their ancestor was buried. Some of the soldiers even lay in a marked grave.

It was March 4, 1862. Ten members of the maternal side of my family — fathers, sons, brothers, cousins, uncles — answered Georgia’s call for a militia muster at which they were “invited to volunteer or then and there be drafted by the State of Georgia” for service in the provisional army.

By April 26, 1865, the day the last Confederate force east of the Mississippi surrendered, three of them were still alive. The other seven lie in unmarked graves somewhere in Virginia, Maryland, or Pennsylvania.

Also on March 4, 1862, a fraternal great-great-grandfather answered a prior militia muster.   He was a teacher and a successful small planter.  He was fairly political and pretty well connected, but as it turned out, not well connected enough.

Opposed to secession, and fairly activist about his opposition, he pulled every string he could to get out of being forced into the army, but failed. He duly reported and “volunteered.”

He either became ill or was wounded in the Seven Days Battles in 1862 and connected with the Confederate hospital system.  Because he was an educated man, his connection there put him on lots of administrative details into the field hospitals.

I was doing some research and connected with a guy who had an authorization for 30 days recovery leave and subsistence document signed by my great-great grandfather, who ran out of luck and connections in the spring of 1864. I have a lot of his letters home during that time. He had wanted to buy a substitute and clearly had the money, which required about $10,000 in confederate dollars at that time. I don’t have my great-great grandmother’s letters to him, letters from home to a soldier are extraordinarily rare, but it was clear that she was having none of her man “lying abed” while others were still in the ranks.

He returned to the ranks in time for The Wilderness, Spotsylvania, Cold Harbor, and the siege of Richmond/Petersburg, and was then killed in action, probably by friendly artillery fire, in General Mahone’s confederate counterattack at the Battle of The Crater.

We don’t know where he is buried, but the best surmise is in the mass grave of soldiers thought to be Georgians at the cemetery at Blandford Church in Petersburg, Virginia.  I have a copy of the incredibly cold letter from his lieutenant to my great-great grandmother, informing her of his death; by that time there’s been a lot of dying.

A neighbor came home on leave some time later and brought some of my great-great grandfather’s personal effects. I have the blood-stained testament that was in his breast pocket when he was killed. We also have the home-made quilt that had been his bedroll, but along the way, we’ve lost track of which among the old family quilts was his.

There’d long been a tradition in America of organizing the cleaning and decoration of family cemeteries. Families and communities got together and made a “dinner on the grounds” event of cleaning up the cemeteries and placing flowers on the graves. The Civil War produced a lot of fresh graves.

Some families had the wherewithal to retrieve the body of their dead son or father, but most didn’t; many soldiers of both sides were buried hastily, sloppily, and often corruptly in mass graves or in better circumstances in individual graves simply marked as “Unknown.”

The military issued “dog tag” was almost unknown at that time. A few soldiers could afford to have some sort of ID pendant made, while others scrawled their name and address on a piece of paper and pinned it to their jacket; most were just “unknown.” Since the contractors were being paid by the body, there wasn’t a lot of distinction between dead horses and dead men. Many weren’t buried until long after the war.

Lincoln’s Gettysburg Address was delivered for the dedication of a National Cemetery at the site of the battlefield. In the South, the endeavor to honor the graves was almost entirely private. The best documented, if not necessarily the first, formal event was in Savannah, Georgia to honor the graves of Georgians killed at First Manassas — or in Yankee parlance, the First Battle of Bull Run, which took place in 1862.

The North took up the practice both with the dedication of National Cemeteries and commemoration of private gravesites. In an act of spite or vengeance because of the death of his son in battle, the U.S. Quartermaster in charge of Union burials in the Washington area ordered that Union soldiers be buried on the grounds of General Robert E. Lee’s estate at Arlington. We know it today as Arlington National Cemetery. They don’t much teach that piece of history in school.

After the War, civic organizations arose in both the North and South. The predominant organization in The North was the Grand Army of the Republic. In The South there was the United Confederate Veterans, and later and still today the Sons of Confederate Veterans, but in The South the various women’s groups were much more effective and most of those monuments being torn down today were bought and installed by the work of the mothers, widows, and orphans of dead confederate soldiers.

In The North, many states established Decoration Day as a state holiday on May 30.  It is said that the date was chosen because there was no battle on that day. In The South there were various state holidays but by the early 20 th Century most Southern states had settled on April 26, the date of Johnson’s surrender to Sherman of the last major Confederate field army.

When I was a youngster, April 26 was a state holiday in Georgia, while the Northern Decoration Day was little noted. In those days there were still plenty of folks who’d turn their back to the playing of “Battle Hymn of the Republic” because they well know whose vineyards the Yankees were bragging about trampling.

The South remained a separate country in all but name through most of the remainder of the 19th Century.  We can talk about carpetbaggers and scalawags and rapacious banks and corporations, but that is for another piece.

The U.S. needed safe passage through the former Confederate States for prosecution of the Spanish American War, and the former Confederate States still weren’t particularly enamored with the United States. The U.S. even dredged up a former Confederate Cavalry general to command troops in the attack on Cuba. They picked Joe Wheeler, who commanded a small cavalry unit in Georgia that fired a few shots for their manhood against Sherman’s massive army. Southerners didn’t offer any opposition to U.S. mobilization, but neither was there any outpouring of Southern support.

The U.S. imposed conscription on all male citizens for World War I. Again, the South offered little opposition, although though many Southerners were not qualified for service because of health and education considerations.   My grandfather was drafted and seriously injured in a gas training accident and spent the rest of his foreshortened life with serious respiratory problems.

By World War II, The South was somewhat a part of the United States. It was still poor, ignorant, segregated, and xenophobic, but it was beginning to have paved roads. FDR liked to hang out in Warm Springs, Georgia, and the Central of Georgia Railroad could luxuriously take him there. By then, Southern volunteers and draftees served proudly in the U.S. military.   Whether the issue is The South or the largely Northern immigrant population, World War II was the “melting pot” that made modern America before, the “diversity” types took it all apart.

Fast forward to the Cold War and Vietnam; the military had become heavily Southern. Especially during Vietnam, the draft hit the working class boys of The South a whole bunch harder than it hit the Ivy League preppies of The North.

Which brings us to the modern Memorial Day.

Along the way, the U.S. had agreed to provide grave stones to Confederate soldiers’ graves and give some recognition to them as legitimate combatants. Only the dedicated hardasses still wanted to execute Southerners for treason; don’t you think they would have done it in 1865 if they thought they could?

If it weren’t for COVID-19 we could be doing beaches, barbeques, and beer for three days.

Maybe we can pause for a moment to consider the men who bled and died to give us our beaches, burgers, and beer. 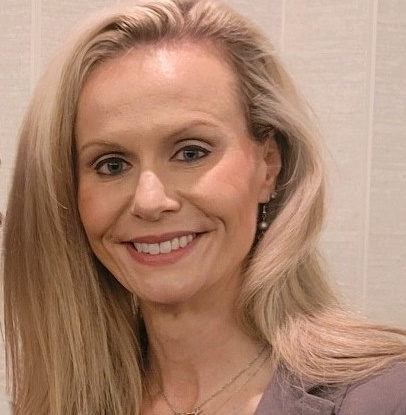 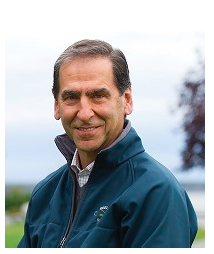