House Finance came ready to have a conversation

NO SARCASM, JUST DECORUM IN COMMITTEE

After the theatrics in Senate Finance Committee earlier on Monday, when some senators took the opportunity to lecture and attack Office of Management and Budget Director Donna Arduin, the OMB director might have layered on some extra armor for her first meeting with House Finance Committee.

After all, the House is closer to the people and passions can run high.

But extra armor wasn’t necessary. The House Finance Committee, meeting for the first time to take up the matter of the operating  budget, displayed a completely different tone: It was one of respect and reflection, without adversarial baiting of the witnesses.

As with Senate Finance, Arduin,  Budget Director Lacey Sanders, and Policy Director Mike Barnhill sat before the committee to give an overview of the proposed $4.6 billion budget, which is $1.6 billion less than the Gov. Bill Walker proposed budget.

Members of the committee asked questions, sought clarification, and occasionally put points on the record that they want the administration to ponder.

Co-chair Neal Foster, who represents Nome and other parts of District 39, wanted to make sure Arduin knew why the Power Cost Equalization program came into being in the first place: Other areas of the state had state funding for dams, such as the Four Dam Pool, Dorothy Lake, and Bradley Lake.

Foster said he supports those programs because they’ve been good for the economy of the Railbelt and Southeast Alaska.

Foster put it on record that rural Alaska has the Power Cost Equalization program to keep things fair. Taking away that designated fund and putting it back into the general fund might force rural areas to compete for those funds with every other need the state has, he explained. His district, of course, would be greatly impacted, in that scenario.

But neither Foster nor any other member of the House Finance Committee showboated for the camera. They made their points with facts.

Rep. Andy Josephson earnestly asked how the State can create for predictability in budgeting if it’s still completely wedded to oil taxes. But he asked his question without badgering.

Rep. Bart LeBon added the importance of remembering that the University of Alaska Fairbanks budget is larger because the campus provides administrative services to the rest of the system.

And Rep. Tammie Wilson asked whether the budget writers had considered the higher per-student cost of education in rural Alaska, compared with urban Alaska, when cutting the base student allocation across the board.

But the questions were respectful and the comments made by legislators showed observers how a budget hearing can be conducted, even while the multiple participants had deep concerns.

Also today, the mayor and city manager of Juneau published a letter to the editor in the Juneau Empire, advising citizens of the community to keep their focus on the problem, and not attack individuals.

Without naming Arduin or others, Mayor Beth Weldon and Manager Rorie Watt wrote that some of the posts they’ve seen on social media have been “troubling and aggressive, and we appeal to your better senses. Let’s be the good capital city that we work so hard to be. Democracies are about the debate and consideration of ideas. Take faith that the best ideas will prevail, and channel your energy into explaining and defending those ideas.”

The letter continued: “Let’s be hard on the problems not on the people. Your participation in the public process is essential to the good health of our democratic process. We have a long way to go before the state’s budget is finalized.” 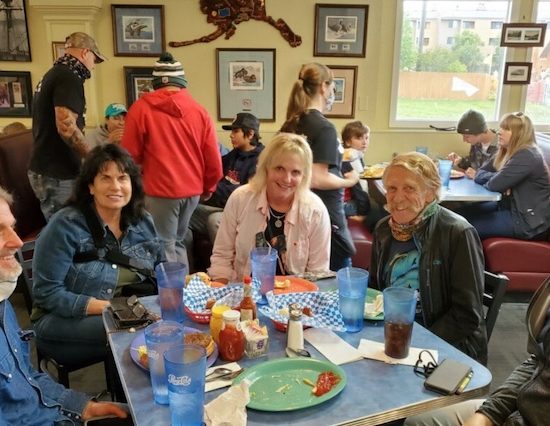