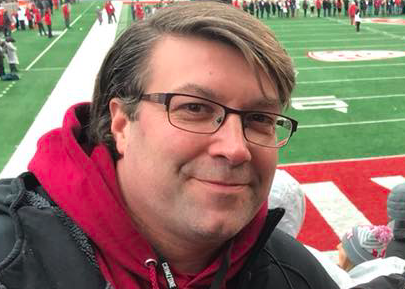 Chad Padgett, longtime state director for for Congressman Don Young, is getting out of politics. He is officially being announced by the Bureau of Land Management as the state director for Alaska. It’s a career position, not a political appointment.
Padgett’s name is synonymous with the office of Congressman Don Young, for whom he first started working in 1994 on the campaign side.
He came into the official side of Young’s office the next year as deputy state director, and left in 2001 to take a position with the Bush Administration as state director of the Farm Service Agency. Later he became director of the USDA Rural Development and for a time actually held both the Farm Service Agency position and the Rural Development position simultaneously.
During his time as a political appointee, he oversaw dozens of water, sewer and infrastructure projects, housing, community facilities, and business development. He and his team delivered $1.2 billion in projects to Alaska with only a 2 percent administrative overhead cost.
When Barack Obama was elected president, he resigned, as expected. He was named state director for Young, a position he has held since 2009.
Padgett and his family moved from Idaho to Metlakatla when he was a boy, where his single mother had taken a teaching job to support her and her three sons.
Most of his schooling was on that reservation on Annette Island before the family moved to Seward, where he graduated from high school. He attended Boise State University and graduated with a B.A in political science with emphasis in international relations and law.

His new official title is BLM Alaska State Director, US Department of the Interior. He will be located in Anchorage. His work portfolio will include oil and gas management, including permitting, ANWR, mining, the Ambler Road, the Fortymile mining district, Ahtna and multiple use access issues, all within the BLM’s 70 million acre footprint.

The Bureau of Land Management’s mission is to sustain the health, diversity, and productivity of public lands for the use and enjoyment of present and future generations.