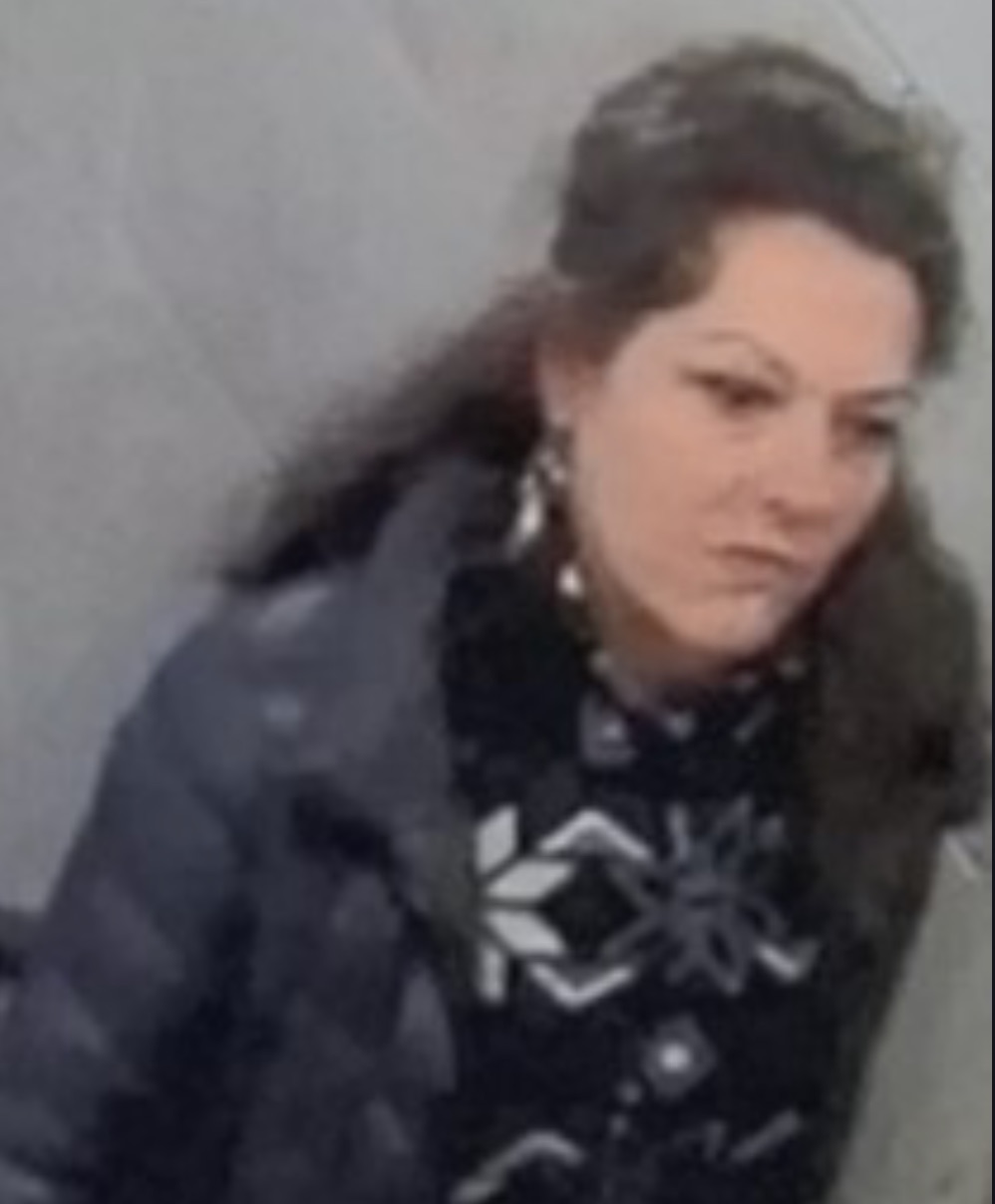 Twelve agents, FBI, Capitol Police, and other apparent police agents, broke down the door to their home and told Marilyn and Paul Hueper to put their hands up. Paul counted seven guns trained on him when he came out of the bedroom. The agents cuffed the couple and held them for hours.

It was a case of mistaken identity, but the FBI now has possession of Marilyn’s HP Probook laptop. The photo above is on the FBI website as a person of interest in the January 6 surge into the U.S. Capitol, during which Pelosi’s laptop was stolen. The photo above is of the woman the FBI is looking for. Marilyn has no real social media presence or photos online.

“They showed me a different view, where it could have been me,” Marilyn said. The photo they showed was a side shot where the hair and coat were only visible. “They purposely withheld the picture where I could have easily seen it was not me.” Eventually they showed her the photo above — at the end of their search — where the person-of-interest’s face was clearly shown.

“I said oh no, that is not me, I would have never worn that sweater,” she said. “She is wearing this hideous sweater that I would never be caught in. She has detached earlobes, and mine are attached. She has arched eyebrows, and I don’t.”

But Marilyn said the agents told her she had been positively ID’d. Marilyn said that Wendy Terry, special agent in Anchorage, went to Matthew Scobel, the federal magistrate judge in Anchorage, and said was 100 percent positive Marilyn was the woman in the Capitol, Marilyn reported to Must Read Alaska.

“At this point, they said it was a trespassing misdemeanor but if we did not cooperate, they said they would charge me with obstructing justice,” she said.

When Marilyn said, “That’s not me,” she said the agent told her “so you want to go there,” as if she was lying and obstructing justice.

“Paul and I laughed during it. They wouldn’t let us be with each other. He was in the other room. They would not let us go to the bathroom or have a glass of water. The agents did not show the search warrant for two hours,” Marilyn said. Finally, a warrant was flashed at her, but it was quickly taken away.

Marilyn said the FBI now has her laptop, phone and she gave them all codes so they could get into her electronics, because she hopes it will hasten the time it takes to get them back.

Marilyn said, “So I guess that answers one question [about Pelosi’s laptop]. It really did get stolen and is still at large. Not conspiracy theory… if they were telling the truth.”

The couple has been active with Alaskans for Constitutional Rights, a group of civil rights activists across Alaska.