Updated with governor’s comments: Attorney General Kevin Clarkson has resigned. His letter to the governor was submitted this morning.

“This administration has and always will expect the highest level of professional conduct in the workplace. There is nothing more important than the protection of our state employees, and that includes feeling safe when an employee is at work.

“Kevin Clarkson has admitted to conduct in the workplace that did not live up to our high expectations, and this is deeply disappointing. This morning he took responsibility for the unintentional consequences of his actions and tendered his resignation to me. I have accepted it.

“State law provides guidelines and protections for all state employees including confidentiality on personnel matters. The Governor’s office is bound by and conforms to those laws. My administration will continue to insist upon professional conduct from all our employees, regardless of their position in state government.”

In its entirety, the resignation letter of Kevin Clarkson:

It has been my great honor to serve the State of Alaska, you, and this Administration as Attorney General. I was and remain deeply moved by the confidence you placed in me by appointing me to this position.

I regret that my actions and errors in judgment in interacting with a state employee have become a distraction to the good work and good people working in the state’s and your service.
As you now know, I engaged in a conversation by way of a series of text messages with a state employee over approximately one month. This person was not in the department of law, and is not someone I supervised. The topics of these texts ranged from food, to movies, to books, to family, to my wife’s and my lengthy ordeal trying to obtain a Visa for her young son, and all were conversational and positive, were reciprocal, and were, I believed, mutual. We exchanged pictures of children and grandchildren and I sent her pictures of food that I cooked from time to time. These texts included invitations for this person and her children to come to my home to share a meal, which she politely declined. All of these texts were “G” rated. There is nothing remotely salacious about the texts. In our texts we exchanged innocent mutual endearments between us in words and emojis. On several occasions, this person initiated a friendly hug when I came to her work place, and I reflexively gave her a tiny peck of a kiss on top of her head.

In short, I believed we had a positive friendship borne of mutual respect and interests. What I failed to recognize is the impact that these interactions had on this person, due to the disparity in our workplace rank. Of course, I should have recognized this from the start, and should have maintained a more distanced and professional relationship. I am deeply sorry for the discomfort I caused this person, and only wish her well.

When this person eventually expressed her discomfort to me, I immediately respected her wishes and ceased communicating with her by text. Two months passed uneventfully. But thereafter, after a representative of political opposition had learned of the texts and contacted your office, she appropriately reported this situation to her supervisor. I immediately and fully cooperated in the ensuing process, and have accepted the finding by Human Resources that my actions, however unintentionally, created an uncomfortable workplace environment for this employee. As you know, I have accepted and am completing a period of unpaid leave as a consequence for my error in judgment, which I recognize was wholly and only mine.

The affected employee has not taken the matter further, and has not sought to publicize or exploit it. Unfortunately, however, someone familiar with this situation broke her confidence and has made it known to certain political operatives and a member of the press. These actors are now threatening to publicize and sensationalize it for their own purposes, while at the same time also threatening to twist and distort some of my personal divorce-related matters from 25-35 years ago.

I wish to create no unnecessary distractions for you or your administration. I respect and admire you and regard you as a friend. I sincerely apologize to you for my lapse of judgment. I am carefully considering my next steps. I hereby tender my resignation to you in order to alleviate this situation and allow you to continue your good work for the state undistracted.
It has been my privilege to serve the people of Alaska and you.”

Anchorage Assembly gets nothing done, abruptly gavels out after passing another mask rule that few in room were obeying 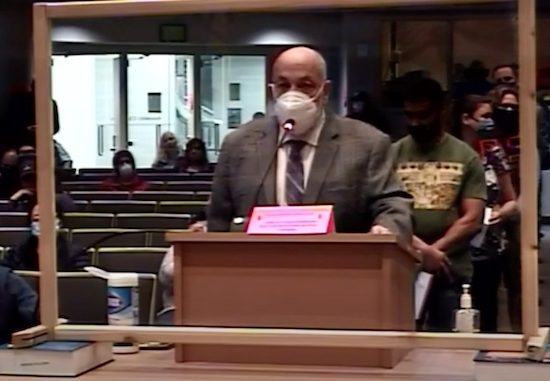