When you ask people on the street, most seem to agree about what kind of town we want Juneau to be:

A town with a healthy growing economy, good schools, affordable housing, low taxes, decent medical care, and vibrant arts and culture top the list. Most also want an opportunity to participate in outdoor activities and enjoy the natural beauty around us.

Where we often differ is how we achieve that quality of life and how we should pay for it. Our local Assembly is at the forefront of this debate.

In fact, almost every decision they make requires our elected leaders to balance competing community wants and needs against the limited amount of funds available to satisfy them. It is not an easy task and often puts them in the unenviable position of having to say “no.”

The City and Borough of Juneau Assembly’s job was much easier in July 2008 when oil was selling for over $144 per barrel and State revenue sharing and capital budgets kept our economy humming. Since then, the price of Alaska oil has plummeted to $46 and production has fallen 22 percent — requiring all of us to tighten our belts.

Up to now, Juneau has avoided any significant effects of major budget reductions at the state and federal level. But with state aid reduced, our population stagnant and our schools experiencing lower enrollment, a reality check is in order.

How do we prepare for this? The last thing we should do when times get tough is raise taxes. Every tax dollar we spend should be maximized and only used for borough-wide needs. That means minimizing operating budget increases (indeed, even reducing the operating budget) and only funding necessary capital projects and maintenance of existing capital assets.

One way we can do this is to establish priorities of what will be funded through the renewal of our temporary 1 percent sales tax this October. While called a “temporary” tax and expiring in 2018 if not renewed by voters in the upcoming municipal election, it has become “permanent” in the sense it has continued to fund a variety of capital projects and deferred maintenance over the years.

Last renewed in 2012 for five years, it included money for a new library in the valley, expansion of the Juneau Arts and Culture Center and a snow removal facility at the airport. At that time, with over 24,000 registered voters in Juneau and a 32 percent voter turnout, the sales tax measure passed by just 1,334 votes.

The 1 percent sales tax renewal we will vote on in October is slated to raise almost $44 million over the next five years. Over $125 million in potential requests are being considered.

The Assembly is using evaluation criteria to qualify projects for funding. Projects that would increase operating costs, have alternative funding sources, or are merely grants for operating subsidies will hopefully be ranked lower or disqualified.

Yet, there’s no guarantee a project with only minimal community support won’t get funded. This is because many years ago, the Assembly decided to lump all capital projects and other needs into one single measure to present to voters for approval.

Dubbed somewhat humorously as the “Botelho Bundle” after Bruce Botelho, who was mayor at the time, this “all or nothing” approach allowed projects with less support to be approved with more popular projects that enjoyed wide community support.

While politically clever, the Botelho Bundle method of approving projects doesn’t allow the public to distinguish between projects they want and ones they do not deem worthy.

The decision is left in the hands of city and borough staff and the Assembly to “design” a tax package palatable to voters. While this may work in the “good times”, doesn’t it make sense now to allow voters to participate in setting priorities?

Obviously, it would be impractical and inefficient to have voters weigh in on every single expenditure of sales tax dollars. But establishing guidelines that segregate projects over a certain size would ensure large projects would only be funded if at least 50 percent of the electorate agreed.

One of the inherent fallacies in the current project selection process is that to satisfy more demands, a tax proposal may only provide partial funding for a project. This is very misleading to voters who may think they are approving a complete project only to have it appear again in a subsequent tax package.

Let’s face it, once you begin a project, it becomes difficult to stop funding it. Total costs should be disclosed to voters regardless of the amount requested.

The Assembly should and must continue to evaluate and choose the specific projects presented to voters but placing large projects on a separate list subject to voter approval would assure the Assembly as well as voters that only widely supported projects would get funded.

Crazy professors and how to unwind campuses gone mad

Why Alaska can’t have nice things 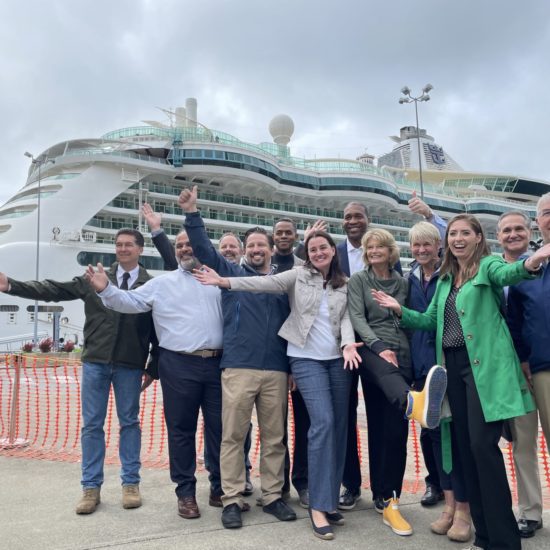 First big cruise ship in 21 months arrives in Alaska: Serenade of the Seas