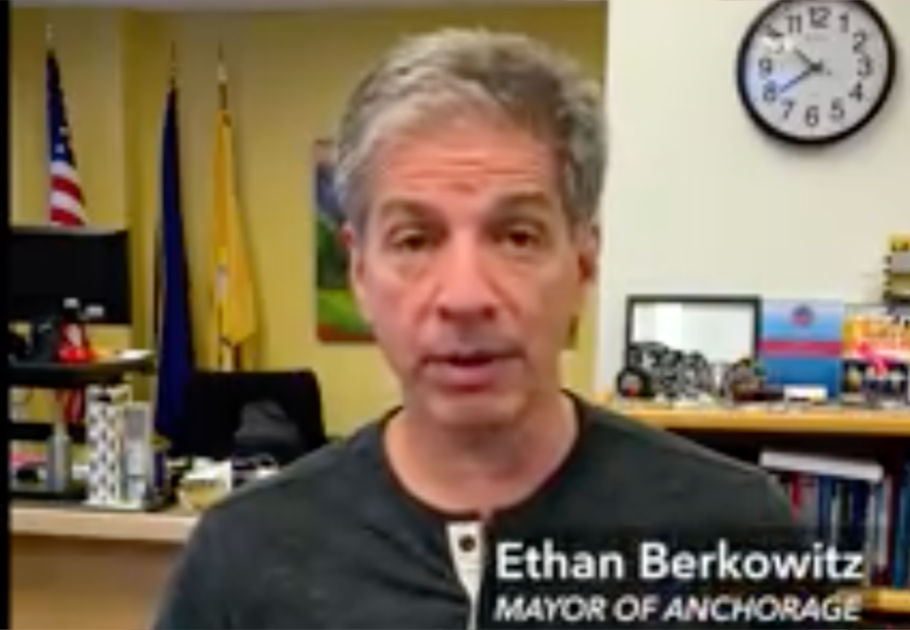 Virtue signaling politicians are destructive, dangerous, and deadly. For example, the Municipality of Anchorage looks the other way when it comes to hundreds of drug- and alcohol-addicted people living on the streets.

Some call them homeless. For most of them, a lack of housing is not their problem. They just want to get drunk or high. They want nothing of accountability. They beg, often steal, whatever it takes to get their next fix.

They’re trespassing and live in filth, surrounded by stolen stuff, used drug needles, and their own feces.

It’s a horrid existence, especially for the women living in these camps. Drug dealers are more than ready to swoop in and sell their illegal goods to these poor souls who live in a prison of their own making.

All three have happened under the leadership of Mayor Ethan Berkowitz.

The compassionate thing to do is enforce the law. Lock up the lawbreakers for trespassing, stealing, public intoxication, and illegal drug use. Separate them from their addiction for at least 30 days. Give them a chance to get into their right mind. Get them help. But most of all, get them off the street.

Even if it was true, enforce the law anyway and fight it all the way to the U.S. Supreme Court, if necessary. It’s time to stop cowering to the threats of the ACLU. Other than Planned Parenthood, there’s not an organization in America in recent memory that’s enabled more destructive behavior and human suffering than the ACLU.

But the virtue signalers see it another way. I remember a debate on the subject of “homelessness” on my radio show with former Assembly member, the late Allan Teche. He loudly and piously proclaimed, “We don’t lock up the homeless in Anchorage.” He said it thinking it made him sound virtuous. Enabling bad behavior is not virtuous. It’s cruel.

Berkowitz, too, is a virtue signaler, maybe chief among them. The useless plastic bag ban for instance. It did no good for anyone other than showing us the mayor is a good environmentalist who loves Mother Earth.

After interviewing the mayor on my radio show recently about homelessness in Anchorage, listeners had the impression he viewed them as victims. They are not victims. They are lawbreakers who have made a mess of their lives. But it sounds more virtuous to call them victims.

Berkowitz was in his full virtue signaling glory on Friday when he announced he’d continue to keep his boot on the neck of the private sector.

“Our strategy is slow and steady,” he said.

How virtuous of the mayor. Saving lives and all. But freedom is important too, right? Maybe Berkowitz will next lower the city’s speed limits to 5 miles per hour. Think of the lives our virtuous mayor could save.

Friday, on my radio show we got a call from a medical professional who said he knew of five people who died of heart attacks in Alaska since the COVID-19 restrictions have been put in place. Fear and stress kill too.  Alaska Public Media reported this week some Anchorage hospital emergency rooms have seen visits drop as much as 50 percent because patients stayed away for fear of catching COVID-19.

There’s mounting evidence harsh lockdown restrictions don’t work when it comes to protecting people from COVID-19. The state of New York earlier this month found 66 percent of COVID-19 hospitalizations came from those sheltered at home. Another 18 percent of the hospitalized were previously nursing home patients.

“We were thinking that maybe we were going to find a higher percentage of essential employees who were getting sick because they were going to work, that these may be nurses, doctors, transit workers,” New York Gov. Andrew Cuomo said. “That’s not the case, and they were predominantly at home.”

Look at South Dakota, where Republican Gov. Kristi Noem imposed no restrictions. Her COVID-19 death rate per capita is lower than 41 other states. And yet Democrats run nine of the 10 states with the highest COVID-19 death rate per capita, employing the harshest stay at home restrictions. In contrast, Republicans run eight of the 10 states with the lowest fatality rates per capita. Alaska has the lowest number of COVID-19 fatalities per capita.

It reminds me of Sunday nights growing up as a kid when it started to get dark and my mother would call out for us to come inside. We’d beg for another 10 minutes. Berkowitz was having so much fun playing virtuous life saver, he just wants another 10 minutes of it.