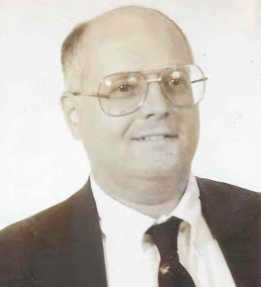 Tom Boutin was fired from his job as the head of the Alaska Industrial Development and Export Authority today, Must Read Alaska has learned.

Boutin was surprised by the move but said not having to commute to Anchorage from his home in Juneau was a plus for him. He will be the CEO until May 8, he said, and he had only intended to stay until November.

He was appointed by Gov. Mike Dunleavy early in 2019. Boutin, who was deputy commissioner for Treasury under Gov. Frank Murkowski, and who had served on the AIDEA board for 13 years, came out of retirement for the job.

AIDEA is a public corporation of the State of Alaska, created in 1967 by the Alaska Legislature “in the interests of promoting the health, security, and general welfare of all the people of the state, and a public purpose, to increase job opportunities and otherwise to encourage the economic growth of the state, including the development of its natural resources, through the establishment and expansion of manufacturing, industrial, energy, export, small business, and business enterprises…”

AIDEA serves as the state’s development financing authority, a funding resource in partnership with other financial institutions, economic development groups and guarantee agencies.

Economic recovery: Parnell/Begich report says 'get cash out to Alaskans'