The lie made it around the world several laps over before the truth got on its shoes. But now, The District of Columbia Office of the Chief Medical Examiner has ruled that Officer Brian Sicknick died of natural causes several hours after confronting rioters storming the U.S. Capitol on Jan. 6.

The mainstream media, liberals, the president, and even some conservatives have said repeatedly, without evidence, that Sicknick died because he was struck in the head with a fire extinguisher during the riot.

It’s still unclear if he was actually struck on the head, although video from the event clearly shows a fire extinguisher being thrown into the crowd of police. But there was no blunt force trauma observed.

The media had its own agenda, however. On Jan. 8, 2021, The New York Times reported that Sicknick succumbed to injuries sustained during his on-duty efforts to protect the Capitol from a violent mob of pro-Trump rioters. Citing unnamed law enforcement sources, the Times wrote that Sicknick “was struck with a fire extinguisher. More than a month later, the Times updated the story:

“The USCP accepts the findings from the District of Columbia’s Office of the Chief Medical Examiner that Officer Brian Sicknick died of natural causes. This does not change the fact Officer Sicknick died in the line of duty, courageously defending Congress and the Capitol,” the Capitol Police agency wrote.

Dunleavy: There will be 'no vaccine passports on my watch'

‘Don’t ride your bike or ATV’ because hospitals are full, Bethel doctor says

Jamie Allard: Sept. 11 was a taste of tyranny, but have we learned our lesson, America? 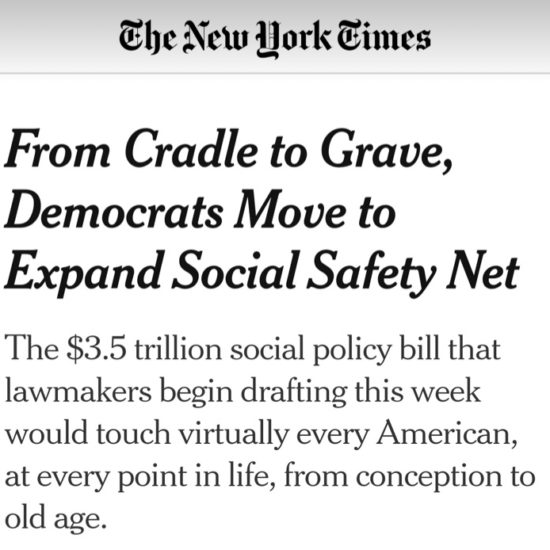