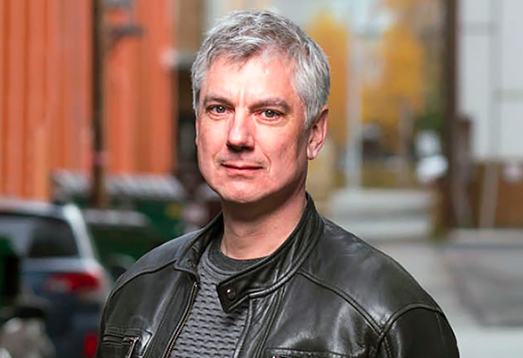 If the name sounds familiar it’s because he is a well-known retired police detective, true crime author, and public speaker, who was most recently was asked by the Dunleavy Administration to help repair the crisis that unfolded after the Walker Administration left the Alaska Psychiatric Institute in shambles.

That institution has seen a turnaround: While during the Walker Administration under the oversight of Commissioner of Health and Social Services Valerie Davidson, it was down to using only 24 of its beds, it’s now up to 48 of its 72-bed capacity. Morale has improved and API has curiously disappeared from the voracious news cycle.

[Read: “Alaska Psychiatric Institute workers have turned it around]

It’s apparent the Dunleavy Administration has faith that Klinkhart can do the same quick turnaround for the Alcohol and Marijuana Control Office.

On Oct. 3, the Alcohol Beverage Control Board voted unanimously to fire McConnell. But the chairman of the Marijuana Control Board refused to schedule a special meeting to take up the matter.

During that time, the agency has been falling further and further behind in its work — there are matters pertaining to distilleries and breweries, as well as dozens of applications for marijuana licenses of various types, and enforcement. All of these have some mom-and-pop business somewhere in Alaska hoping for a decision about their livelihood.

The board that governs the marijuana agency is now on Day 2 of its scheduled fall quarterly board meeting.

On the morning of day one, on a motion made by board member Bruce Schulte, the vote was 3-2 to fire McConnell.

An interim director was put in place on Wednesday — James Hoelscher, the agency’s top enforcement officer.

On Thursday, Klinkhart was introduced to the marijuana regulatory board by Assistant Commissioner of Commerce Amy Demboski.

In 2000, Klinkhart created the State of Alaska’s first law enforcement computer crime unit. He was responsible for developing new and innovative computer crime investigation techniques, policies and procedures that helped revolutionize the prosecution of electronic crimes within the State of Alaska. In 2006 Glen began an information security and computer forensics consulting firm, which he sold in 2016, when he started an investigations firm, and a media company, SecurusMedia.

He is also an author of “Finding Bethany,” a true-crime memoir, and “An Internet Cop’s Guide to Child Safety.”

He was a board member for Victims for Justice and AWAIC, a domestic violence shelter in Anchorage.

What is the signal coming from the Office of the Governor, picking a law enforcement expert to run regulatory agencies for both alcohol and marijuana?

It’s likely not so much about enforcement as getting the office to function as an “open for business” agency.

During the Marijuana Control Board meeting on Wednesday, board members heard from unhappy business owners, who told the board that the agency was unresponsive, punitive, and appeared to presume the worst from the industry, treating them as though they are criminals.

David Lanning, general manager of Arctic Bakery in Fairbanks, told the board he was filing a complaint with the State Ombudsman because, although he had met the AMCO deadline for an application for a new product, the proposed product did not appear on this week’s agenda for consideration.

With Klinkhart, the industry may raise an eyebrow because, after all, he is a retired detective.

Demboski, in introducing Klinkhart as the interim director, said the governor has taken the concerns of the industry seriously.

“We want to do the right things but we also want to thrive, and make a living. those two things are not mutually exclusive,” Klinkhart told the board, speaking from his experience as a former business owner.

Not so fast: No speedy court date for recall group