Haines doctors speak out against local mine, claim it will lead to violence 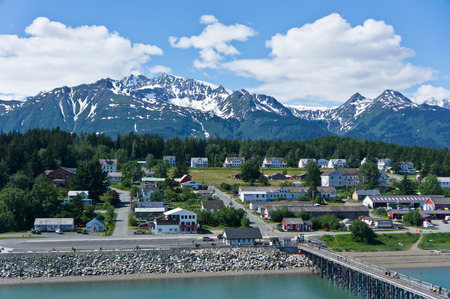 JOBS WILL LEAD TO SICKNESS, THEY WRITE

Class warfare by college-educated elites against working class men is a familiar wound in Haines, Alaska, but one that was laid bare last month in a letter signed by all four practicing physicians in the town.

The letter, which appeared in the local weekly newspaper, Chilkat Valley News in September, singled out mining as an industry and mining workers as particular problems the community doesn’t want to have.

Trust them, they’re doctors. If mining comes to Haines, they wrote, residents can expect depression, anxiety, substance abuse, and violence will not be far behind, and these are conditions beyond what the four doctors wrote they could handle. Plus, they’re trying to raise their children in Haines, and miners don’t fit their idea of a good neighbor, because they work two weeks on, two off, and have too much money to spend and get in trouble.

Several Haines residents have taken offense at the speculation that having a good-paying job — one that requires drug testing — would lead to social ills. But in a small town like Haines, speaking up against the doctors would come at a price.

The four doctors are associated with the Southeast Alaska Regional Health Consortium clinic and they are the only doctors currently practicing on a regular basis in the community that is a half-hour plane ride from Juneau.

“As practicing physicians who live, raise families and care for patients in this community, we are compelled to stand against a proposed mine near the headwaters of the Chilkat River.”

The physicians cited a research report by Dr. Thomas Powers, “The Social Costs of Mining on Rural Communities,” which they said backs up their own experiences as country doctors.

The report documents “the likelihood of increases in substance use disorders, domestic and non-domestic violence, and depression/anxiety.  We believe these conditions would enact a toll in physical, emotional and social suffering that would far outweigh any potential economic benefit to this community,” the SEARHC doctors wrote.

The four doctors are objecting to a proposed copper-zinc-silver-gold mine in the Porcupine Mining District, which is in the advanced exploration stage. The mining district is on state land within the Haines Borough.

“A project of this scale must be evaluated by considering its total impacts.  The influx of hundreds of transient, mostly single, young men with two weeks off every month and lots of money to spend has a high potential of bringing social/medical illnesses into our community that we will struggle to treat,” the doctors wrote. “Health care in America is already straining to meet the needs of rural citizens. Mental health services are inadequate, primary care clinicians and nurses are few, and rurally-oriented ones are scarce.  Prevention is always better, surer and easier than the cure.”

Residents who objected to the characterization wondered why the doctors didn’t single out seasonal workers in tourism or commercial fishing. Why do the doctors single out the mining workforce as disreputable?

President James Sage of the Alaska Miners Association’s Haines Chapter took the high road in a response published Oct. 3. He reminded readers — and the doctors — of all the good things that miners bring to a community:

The doctors of SEARHC serve the Alaska Native community, but in a small town like Haines, others who qualify may occasionally have access to a doctor at SEARHC.

Miners in the community who have found seasonal work with the Constantine Metals “Palmer” project have expressed concern that they are being targeted for discrimination by SEARHC, due to their doctors’ expressed disapproval of the mining workforce. Will the mining company need to bring in its own doctor, so workers feel safe?

“If you’re working and have money, and especially if you’re a working-class young man, you’re seen as more of a problem by these doctors than people on welfare,” said one Haines resident, who asked to remain anonymous. “It’s discrimination against young working men, in particular.”

He pointed out that any statement that prejudges a class of workers also flies in the face of the spirit of the Patients Bill of Rights posted at the SEARHC website, which says the clinic will have “consideration of your cultural and spiritual beliefs.”

SEARHC received a few complaints from Haines residents after the physicians’ letter appeared in the newspaper. The marketing department of SEARHC sent a response to those who wrote to the Sitka-based health group, saying SEARHC was “aware of the situation,” and apologizing on “behalf of our co-workers,” while noting that the doctors spoke for themselves in their private capacity, not for SEARHC.